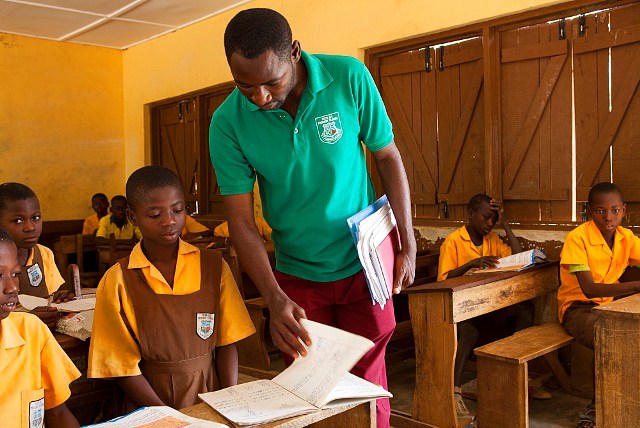 Governor Nasir el-Rufai of Kaduna State has disclosed that 21,780 out of 33,000 teachers in the state have failed  primary four test administered to test their competence.
As a result, he has unveiled plans to recruit about 25,000 new teachers to restore dignity and quality to the education system.
Governor Nasir el-Rufai, who received the World Bank’s delegation in Kaduna said, “We tested our 33,000 primary school teachers, we gave them primary four examination and required they must get at least 75 per cent but I am sad to announce that 66 per cent of them failed to get the requirements.
“The hiring of teachers in the past was politicised and we intend to change that by bringing in young and qualified primary school teachers to restore the dignity of education in the state,” the governor emphasized.
He stressed that teachers would be redeployed across the state to balance the issue of teacher-pupil ratio.
“We have a challenge with the teacher-pupil ratio in the urban schools; there is concentration of teachers that are not needed.
“In some local government areas, it’s a teacher pupil ratio of 1-9 while in some places it’s 1-100,” he said.
ALSO SEE: Leaked memo: Kachikwu fate hangs on balance
The governor said that in a bid to improve the education sector, the school directors decided to enrol their children in public schools starting from this academic session.
Speaking earlier, the World Bank representative, Dr Kunle Adekola, expressed appreciation to the state for investing in education and for the priority given to the girl child.
“This state has demonstrated and supported us to achieve our goals,” he said.
Adekola said the Bank would invest N30 million in Rigasa Primary School, which has a population of about 22,000 pupils, as part of its support for the state.
The Education Intervention Fund by the World Bank and other collaborative development partners is rendering support to about 13 northern states and a state from each of the other four geopolitical zones of the country.
Kaduna, apparrently the home of the northern elite,  is supposed to be one of the educationally advanced states in the north generally believed tohave the largest share of the over 10 million children out of school in Nigeria.