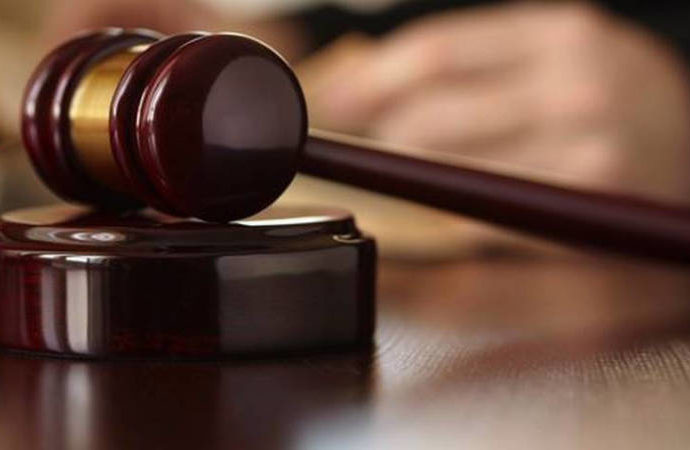 The scheduled trial of Mr. Gbenga Makanjuola, a Deputy Chief of Staff to the Senate President, Bukola Saraki, alongside two others over an alleged N3.5 billion Paris Club Loan could not go on at the Federal High Court, sitting in Lagos, on Thursday.
This is because the trial judge, Justice Babs Kuewumi has been transferred from the Lagos division of the court.
The Economic and Financial Crimes Commission, EFCC had On October 7, 2018, arraigned Makanjuola alongside a cashier in the Senate President’s office, Kolawole Shitu and a third man, Obiora Amobi, the Operations Manager of a Company, Melrose General Services Limited, allegedly used as conduit pipe in the said fraud.
At their arraignment, the EFCC had told the court that the three defendants, the company, and one Robert Chidozie Mbonu (now at large), conspired among themselves sometime in Dec 2016 to disguise the origin of the sum of N3.5 billion, which was paid into Melrose General Services Limited account with Access Bank Plc.
The defendants all pleaded not guilty
At the resumed trial of the matter today, Justice Kuewumi told the parties that he was not ready to commence trial as he has been transferred to the Sokoto division of the court.
The judge therefore urged the parties to take a new date to allow for time to enable the matter be reassigned to another judge.
“The court is not ready on the ground that I have been transfered to Sokoto and I would not like to start what I can’t conclude. We have to adjourn the matter for an incoming judge”, Justice Kuewumi said.
Following his pronouncement, parties agreed on March 13, for commencement of trial.
On October 7, 2018, EFCC arraigned the defendants before the court on charges bordering on conspiracy and payment of some monies without going through financial institutions.
The EFCC Counsel, Ekene Iheanacho had told the court that the third defendant, Obiora Amobi, who was the operation manager of Melrose General Services between December 15 and 17, 2016, made a cash payment of N300 million to Robert Mbonu (said to now be at large) from the said N3.5 billion, without going through financial institution.
It was also alleged that Saraki’s Deputy Chief of Staff, Makanjuola, and the Cashier in the Senate President’s office, Shittu, had in December 2016, made cash payment of a total of $1.5 million USD, of $500, 000, in three tranches, between themselves without going through a financial institution.
The offences according to the EFCC are contrary to 18, 15(2)(d), 15(2)(b) 1(a) and 16(2)(b) of the Money Laundering (Prohibition) Act, 2011, and punishable under Sections 15(3) and 16 (2)(b) of the same act.
All the defendants had pleaded not guilty to all the counts of the charge and were admitted to bail in the sum of N250 million each with two sureties in the same sum.