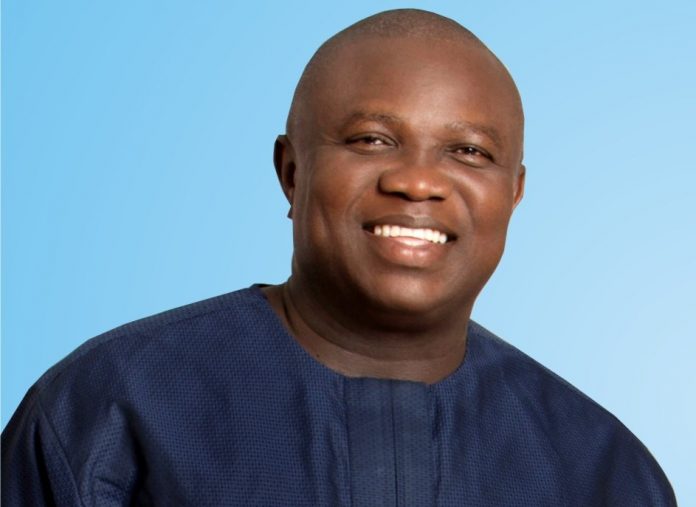 Lagos State Governor, Mr. Akinwunmi Ambode, has donated N5million to the widow and children of Osaze Omorogbe, a community leader killed and burnt by kidnappers for leading security agents to foil their operation.

Presenting the cheque to the widow and children on behalf of the Governor at a solemn ceremony at the family’s residence in Isawo, Ikorodu, the Special Adviser to the Governor on Community & Communications, Mr. Kehinde Bamigbetan praised the late Omoregbe for his heroic role.

Bamigbetan was received by the Chairman of the Community Development Association, Mr. Ahmed Yusuf.

Reading the condolence message personally signed by the Governor, the Special Adviser said the late Omoregbe paid the supreme sacrifice while responding to the Government’s charge to community development associations to support its effort to rid the state of kidnappers.

Part of the condolence message read, “It is with deep grief that I share your sorrow on the unfortunate death of your father, husband and breadwinner, Mr. Osaze Omoregbe.

“At a time our administration is consolidating partnership with our communities and their courageous and committed leaders, your benefactor stood up to be counted. He supported the forces of light seeking to crush the notorious kidnappers who had turned your neighbourhood into a jungle of death. In that patriotic response to our call to join hands and collectively secure our communities, he paid the supreme price.”

ALSO SEE: This is how corporate kidnappers now operate at Lagos airport

Receiving the cheque, the widow, Mrs. Omodunni Omoregbe who was short of words, broke into tears.

Speaking on behalf of the LCDA, the chairperson, Mrs. Jumoke Ademehin-Jumbo thanked the Lagos State Government for coming to the rescue of the family.

The deceased is survived by his wife, and two children, Adesuwa and Osaze.

The late Omoregbe, who led the security committee of the Olorunsogo Community Development Association, had alerted the police on hearing heavy bullet shots of kidnappers seeking to capture a victim.

On arrival, the police and soldiers asked him to lead them to the area. All of them were ambushed by the kidnappers and killed.