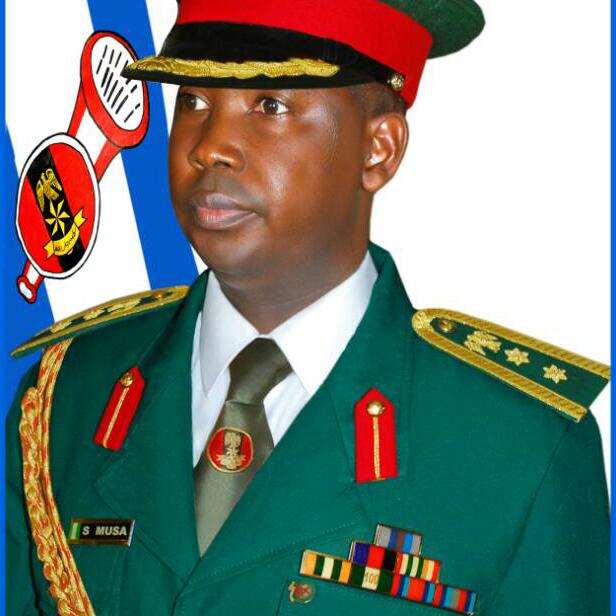 Share this on WhatsApp
Spread the love
By: OKOSUN DENNIS
One month after Operation Python Dance 2 started and came to an end over the weekend, the Nigerian Army has revealed that a total of 106 criminals were arrested during the operation.
The Deputy Director, Army Public Relations, 82 Division of the Nigerian Army, Colonel Sagir Musa disclosed to National Daily that after “a sustained military line of operation, many criminals such as armed robbers, kidnappers, drug barons, cultists and violent agitators were arrested and handed over to the police.”
Col. Musa explained that “Some fizzled out of the zone to neighbouring States of Akwa
Ibom, Delta and Rivers. So far, a total of 106 suspects were arrested for different offences, in different areas across the South East and were handed over to police in the various police commands across the region.
“In Imo State, 86 suspects with the exhibits recovered at the time of their arrest were handed over to the State Police Command at different periods. In addition, 26 assorted arms and some quantity of cartridges were recovered in the State.
The operation which was segmented into various sectors for operational efficiency and coordination contributed to the success of arrest made as each sector arrested several criminals at different times.
National Daily learnt that in Sector 1, under 14 Brigade jurisdictions domicile in Abia State, a total of 15 suspects were arrested. A breakdown indicated that seven were allegedly involved in robbery; two for kidnapping and six for drug related offences, were handed over to the police for further investigation.
Also, 11 assorted arms including one AK 47 rifle, two Pump action guns, four locally made pistol, one serviceable pistol, two locally made single barrel guns and one locally made short barrel gun were recovered. Other recoveries include 15 rounds of 7.62mm special ammunition and seven cartridges.
As the operation spread its tentacles, Col Musa reiterated that at Sector 6, under the watch of 13 Brigade Area of Responsibility which covers Cross River State, the army operations denied criminals of freedom to operate. However, no arrest was made, except 1x locally made gun and a rocket launcher were recovered.
However, in Sector 3, 82 Division Garrison Area of Responsibility which covered Enugu State, farmers-herdsmen clash were averted.
It was learnt that a suspect was arrested at the Abakpa Cantonment Main Gate as he tried to beat security checks to enter the Cantonment with some quantity of substance suspected to be Indian hemp and many sachets of Tramadol drugs.
ALSO SEE: $25bn NNPC contracts: Kachikwu risks booby traps
Col. Musa noted that in Sector 4, which was under the supervision of 302 Artillery General Support Regiment, Onitsha Anambra State, there was no record of arrest made. He observed that the only isolated case was the “unfortunate but isolated killing of the Sun newspaper Staff in Onitsha general area.”
National Daily, however, gathered that during the operation, emphasis was laid over averting communal clashes involving Fulani herdsmen and farmers clash in Sector 5, under the 24 Engineer Support Regiment’s located in Ebonyi State.
However, five suspected Indian hemp hawkers and four persons were arrested in connection with communal crisis between Obubra and Abakaliki localities of Ebonyi and Cross River States reiterating that after interrogation, the suspects were released by the regiment.
Against all odds and other negative insinuations that tend to paint the Operation EGWU EKE II, black following the clash with some Indigenous People of Biafra (IPOB), the spokesperson of the Division added that in the area of humanitarian gesture of the army, so many lives were touched through a robust and comprehensive free medical exercise.
Col Musa explained that the “82 Division Nigerian Army planned and executed an elaborate and spectacular humanitarian assistance in the areas of free medical outreaches and distribution of food items (rice) as well as chocolates, sweets and biscuits to local communities and primary school children in selected villages of Abia, Anambra, Cross Rivers, Ebonyi, Enugu and Imo States.
“At the end of the Exercise, the Division’s Medical Hospital and Services revealed that a total of 10,446 excluding school pupils benefited from the free medical outreaches conducted by the Division.”
Share this on WhatsApp
Related Topics:Colonel Sagir MusaNigerian ArmyOperation EGWU EKE II
Up Next