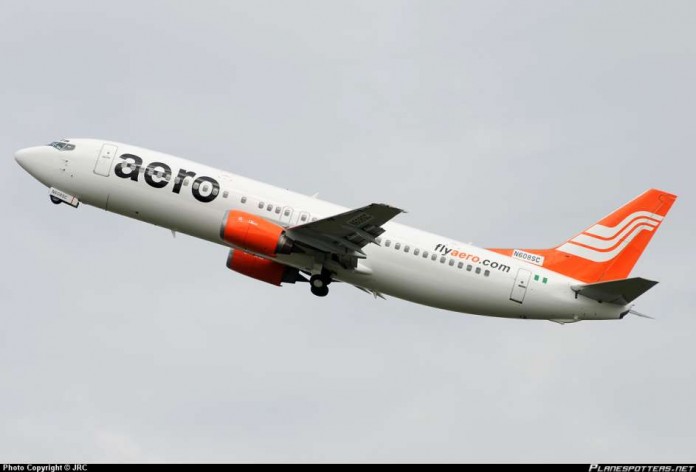 National Union of Air Transport Employees (NUATE) and the Air Transport Senior Staff Services Association of Nigeria (ATSSSAN), have kicked against the sacking of about 900 workers of Aero Contractors.

General Secretary of ATSSSAN, Francis Akinjole told National Daily that a notification had been sent by the unions to the affected workers not to accept the “purported letter of redundancy “.

“We are totally against it because in the first place, our members are still being owed salaries and we have not even negotiated the redundancy package. “If they go ahead with this move then the unions are prepared to face them headlong,” he said.

Aero Contractors Airline, which is under the management of the Asset Management Corporation of Nigeria (AMCON), has sacked the workers, representing 60 per cent.

Media Consultant to the 58 year-old airline, Mr Simon Tumba, who confirmed the development in a statement issued on Thursday in Lagos, said the workers would be paid their pension and gratuity.

Aero as at last September had about 1,500 workers on its payroll before it suspended flights. AMCON had taken it over in 2013.

Tumba said the airline had been grappling with huge and unrealistic personnel cost as well as other operational challenges, worsened by lack of enough aircraft to keep all the workers meaningfully engaged. Aero “The issuance of notification of redundancy is a business decision that will ensure Aero’s survival.

Tumba said Capt. Ado Sanusi, the Chief Executive Officer of Aero, had also assured the workers that they stand a chance of being recalled as soon as the airline increases the number of aircraft in its fleet in the near future.

One of the redundancy letters made available to newsmen read: “Following the operational challenges of Aero culminating in loss of business opportunities that adversely affected company finances vis-à-vis operations, we are constrained to place you under redundancy pending a possible future review.

In March 2013, industrial action grounded flights for 18 days, in a dispute over outsourcing and reduction in staff numbers.

The strike, from 13–28 March, grounded Aero’s active fleet of nine aircraft, and was reported to have cost the airline at least N10bn in ticket sales After financial intervention, the Asset Management Corporation of Nigeria (AMCON), an arm of the Federal Government of Nigeria, held 60% of Aero, and in August 2013 AMCON took over the management of the carrier.