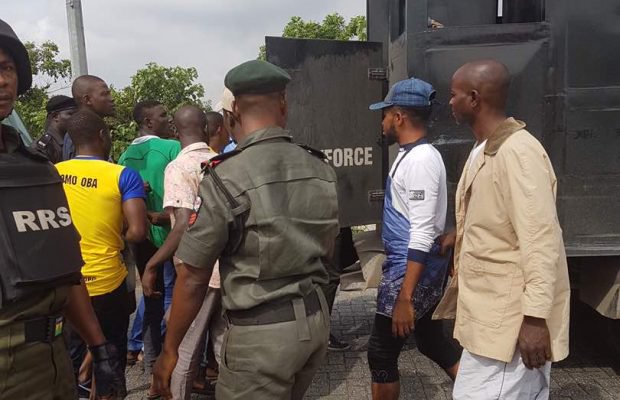 The Badoo gang has dared security operatives on their trial in Ikorodu with an attack on another community in Owode.

Members of the dreaded Badoo cult, who have been terrorising residents of Ikorodu in Lagos State, struck at Owode Ajegunle, where at least three people were feared killed.

Badoo and his gang have defied the security operatives who have been on their manhunt in the past days, being reinforced by the Oodua Peoples Congress (OPC) in the successful arrest of some of their members in the Ikorodu axis last week. The gang has shown that they are not intimidated by the operations of the Police and the OPC and has stubbornly sustained their nefarious activities.

However, National Daily gathered that residents of the area caught a man suspected to be one of the attackers. The cultists attacked Crystal Church of Christ (C&S) Aladura at no 4, Victor Anibaba Street, Owode Weigh Bridge, along Ikorodu Road.

The Badoo members had attacked the wife of the founder of the church, Mrs Ajidara, her two-year old daughter, and another woman who live in the church with her daughter. The other woman and the two girls have been confirmed dead.

Meanwhile, the Police is yet to make an official statement on the incident.