The Federal Airports Authority of Nigeria (FAAN) has stated that the Authority would partner with the Kwara State Government to develop a robust agro-perishable cargo sector in the state and Nigeria as a whole.

The Director of Cargo Development, Dr. Uchenna R. Ofulue disclosed this recently in Ilorin when he paid a courtesy visit to the Governor of the state, Alh. Abdulfatah Ahmed.

Dr.Ofulue noted that the initiative, when fully implemented would attract unprecedented benefits to the state in particular, and Nigeria as a nation. He enumerated some of the benefits accruable from the initiative as employment opportunities, improved standard of living for farmers, reduced rural-urban migration, foreign exchange generation, investment opportunities in logistics services, reduced youth restiveness, amongst others.

The director also informed the Governor, that a lot of incentives aimed at creating a conducive environment for the take-off of this initiative had been put in place by tbe Federal Government to encourage investors. In particular, he noted that FAAN had developed and designated a chain of 14 airports in the country as cargo airports to enhance seamless movement of agricultural produce both within and outside Nigeria.

In his response, the Kwara State Governor, Alh. Abdulfatah Ahmed welcomed the FAAN team and lauded the initiative as one that was capable of adding value to the state and Nigeria.

He noted that the state was already collaborating with professional farmers from Zimbabwe, Kenya and other notable agrarian countries, in building capacity for farmers in the state and improve yield in agricultural produce.

He assured the FAAN team that the state was ready to key into this initiative in order to make the programme a reality. 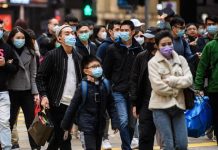