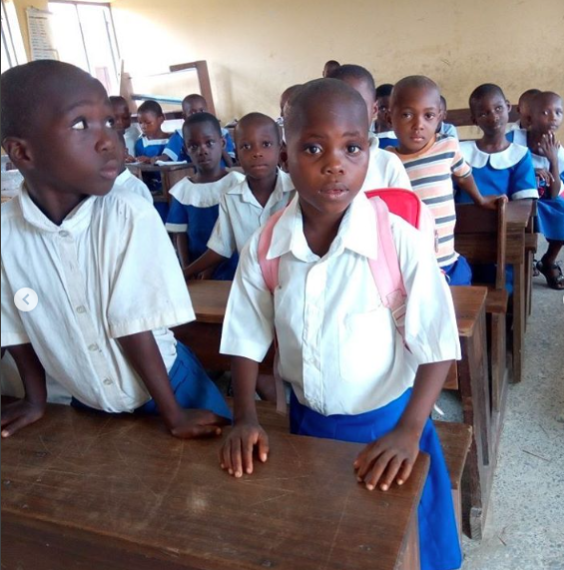 A 5 year old school dropout can now sit and learn from his class room, thanks to instagram user @shamrock80s who posted the video of boy singing Davido’s ‘IF’ 5 days ago.
@shamrock80 had posted, “This boy is not in school, only came to visit the younger sister in school, when I saw him singing ’30million for my account’ without a slippers on his leg.. Wish I could do more for you kid”
He did more than just wish as he followed those desires of his to a beautiful conclusion. He traced the boy home and set up plans to help rehabilitate him, the boy whose mum is paralyzed has now been enrolled in school.
“I made out time to go and trace Utibes house at Ibeno today, I met with the mum who said she was abandoned by the husband with 4 children, Utibe happens to be the second son, the mother is paralyze, though I met his absent, I was told he usually goes out to scout for small snail which he sales locally and bring money for feeding,when ever it rains” the good ‘samaritan’ explained. 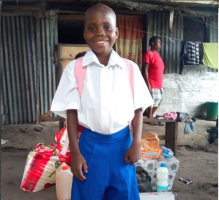 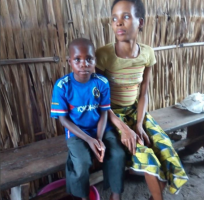 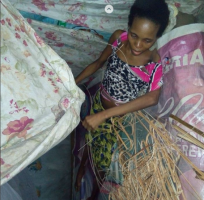 So he indeed had yo wait for an hour for his return, he was told to go and change into a blue Jersey which happens to be his best cloth so they could take pictures of him. The mum so wish he was in school, but said she couldn’t afford his education cause of her handicap status, He promised to come back and see them on Thursdays as earlier planned, and advice the lad to get prepared cause he will be going back to school When next he shows up by Thursday. Attached here are pictures of the helper, Utibes sick mother, Utibes cousin sister, the head teacher of the school and the bold Utibe. 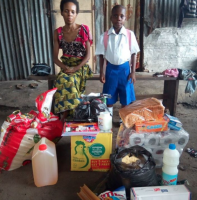 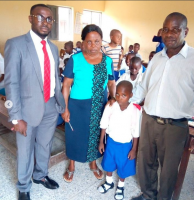 “I visited Utibes mum for the third time, I met her on the floor making racket used in roasting fish, she was so excited to see me, that she almost moved her paralyzed legs , I saw the excitement in Utibes face, he quickly ran to the bathroom cause he knew he was going to school, I gave her the few things I brought for her and I dressed Utibe for school, he is now a proud primary one student of government central primary school Ibeno”.
Now we don’t really have to have N30b in our account to put a smile on a sad face.