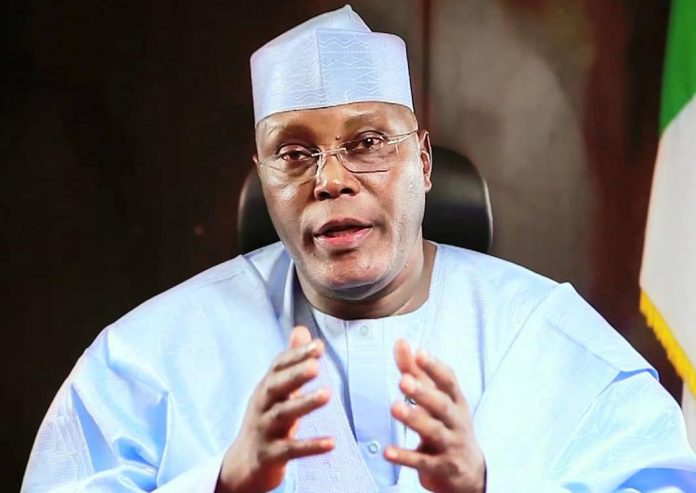 Share this on WhatsApp
Spread the love
By Boluwatife Ezekiel Olaleye
Some Nigerians have reacted to the resignation of former Vice President, Atiku Abubakar from the All Progressives Congress, APC.
The Waziri of Adamawa had earlier on Friday announced his resignation from the ruling APC.
His resignation was contained in a statement he personally signed.
In a Facebook post, most Nigerians shocked by the move wrote:
ALSO SEE: Atiku dishes dirt on Buhari, APC as he defects
Zirem Gwoto: Good and honorable move, the APC has ceased being a party immediatelt after the 2015 election.
David Ajokporise: Atiku, has offended the gods and will continue to roam. Has PDP he left at a time he was needed most recover from the factionalization. ole lie lie politicians.
Chydy Sam: Very good move to separate yourself from the confusion and propaganda party called APC.
Roy Tersoo: Struggle continue
Arthur Uga: Atiku is mad leaving APC because of intel. This madness would make Atiku empty his personal treasury to get Buhari out. If the North is factionalize then the South should present a candidate.
Mazi Ositadinma: I wish him luck in his future political adventures and pray he achieves his heart desires.
Atiku2019!
Ahmed Yusuf: you may not actualize your ambition forever.
Share this on WhatsApp