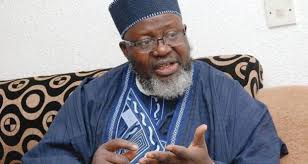 The minister of communication, Barr. Adebayo Shiitu have said the ministry under his watch is a cash cow.

The minister stated this has he officially unveiled the plans to the public Nigeria Information Communication (ICT) Road Map from 2017-2020 after two years approval from the Federal Executive Council.

Speaking at a sensitization and workshop on the roadmap under the theme, “The Role of the Private Sector in Implementation of Nigeria ICT Roadmap”, the Minister, Dr. Adebayo Shittu, expressed the Ministry’s regrets as the roadmap was only unveiled to general public one year after the approval, although some aspects of the plans are already been implemented.

He said that the roadmap was arrived at to bridge gaps in the industry, stressing that while ICT revolution that commenced close to two decades ago has impacted the national economy positively, however, there are inherent challenges.

This revolution, he said, ”Is evident in its significant contributions to the Gross Domestic Product (GDP) from 0.6% in 2001 to 9.8% in 2014. Foreign Domestic Investments (FDI) made by telecommunications operators, service providers and other stakeholders from 2001 till date is in excess of US$32billion dollars”.

The Minister reiterated that the Sector is essential for proper functioning of many other key sectors of the economy and government including agriculture, commerce, banking and finance, health and transportation.

In spite of its dramatic growth, the sector had challenges and constraints some of which were inadequate local content, poor infrastructure leading to the lack of access by many Nigerians, poor skills to leverage ICT opportunities, and lack of confidence in the use of ICT.

“To deliver on these promises, and for Nigerians to benefit from ICT, in addition to well-articulated policies and strategies, there was need for an integrated implementation framework.

Shittu stated that the intention in developing the Roadmap is to create broad, yet flexible pathways to ensure that ICT reaches all the nooks and crannies of Nigeria.

At its core, the Roadmap promotes public-private-partnerships to attract investments in high quality infrastructure facilities and services.

According to the Minister, the Roadmap provides both the private and public sectors, a fresh impetus for not only implementing existing policies but has further articulated fifty one (51) interlinked initiatives of which twenty (20) are primarily geared towards job/wealth creation, eighteen (18) in the area of Capacity Building for sustainability in the sector and thirteen (13) of these initiatives have primary focus on improvement in Government revenue generation.

Meanwhile, stakeholders at the event called the Ministry’s attention to the need for speedy implementation of the roadmap to salvage the time wasted since approval.

They demanded for greater government deliberate policies that will encourage patronage of local contents, both hardware and software.

Representatives of Agencies under the Ministry- Nigerian Communications Commission (NCC), National Information Development Agency (NITDA), Galaxy backbone Limited, Nigeria Postal Service (NIPOST) and Nigeria Communication Satellite (NigcomSat) made presentations on how the private sector operators can partner with them to achieve greater results in the economy. 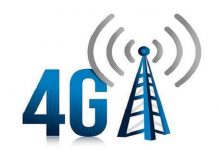