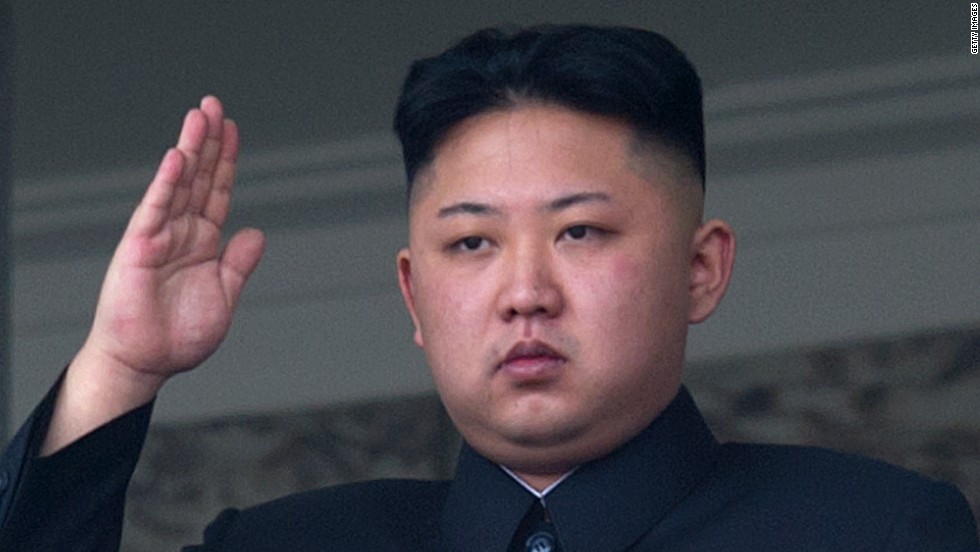 Share this on WhatsApp
Spread the love
North Korean state media warned U.S. President, Donald Trump on Tuesday of a nuclear attack on the United States at any sign of American aggression.
The threat came as a U.S. Navy strike group steamed toward the western Pacific – a force Trump described as an “armada”.
Trump, who has urged China to do more to rein in its impoverished ally and neighbor, said in a Tweet that North Korea was “looking for trouble” and the United States would “solve the problem” with or without Beijing’s help.
Tension has escalated sharply on the Korean peninsula amid concerns that reclusive North Korea may soon conduct a sixth nuclear test and after Washington said at the weekend it was diverting the aircraft carrier strike group Carl Vinson toward the Korean peninsula in a show of force.
“We are sending an Armada. Very powerful,” Trump told Fox Business Network, adding: “We have submarines. Very powerful. Far more powerful than the aircraft carrier. That I can tell you.”
Referring to North Korean leader Kim Jong Un, Trump said: “He is doing the wrong thing.” Asked if he thought Kim was mentally fit, Trump replied: “I don’t know. I don’t know him.”
North Korea said earlier it was prepared to respond to any U.S. aggression.
“Our revolutionary strong army is keenly watching every move by enemy elements with our nuclear sight focused on the U.S. invasionary bases not only in South Korea and the Pacific operation theater but also in the U.S. mainland,” its official Rodong Sinmun newspaper said.
ALSO SEE: Killing of Christians will not be tolerated – Donald Trump
In spite of the military rhetoric, U.S. officials have previously stressed that stronger sanctions are the most likely U.S. course to press North Korea to abandon its nuclear program. At the same time, Washington has said all options – including military ones – are on the table and that a U.S. strike last week against Syria should serve as a warning to Pyongyang.
The strike group heading towards Korea includes the nuclear-powered flagship aircraft carrier USS Carl Vinson, two destroyers and a cruiser. Such a strike group is generally accompanied by submarines, although the Pentagon does not normally publicize this.
White House spokesman Sean Spicer said Trump had put North Korea “clearly on notice” that he would not tolerate certain actions, but dismissed Pyongyang’s nuclear attack threat.
“I think there is no evidence that North Korea has that capability at this time,” he said.
“Threatening something that you don’t have the capability of isn’t really a threat.”
North Korea remains technically at war with the United States and its ally South Korea after the 1950-1953 Korean conflict ended in a truce, not a peace treaty. It regularly threatens to destroy both countries.
However, North Korea has conducted five nuclear tests, two of them last year, and is working to develop nuclear-tipped missiles that can reach the United States, presenting Trump with perhaps his most pressing security headache.South Korea’s acting President Hwang Kyo-ahn warned of “greater provocations” by North Korea, including a possible nuclear test, given a meeting of the country’s Supreme People’s Assembly and upcoming national anniversaries.
Agency Report
Share this on WhatsApp
Related Topics:Donald TrumpNorth Koreannuclear attackU.S. President
Up Next

The reason for delay in release of more Chibok girls