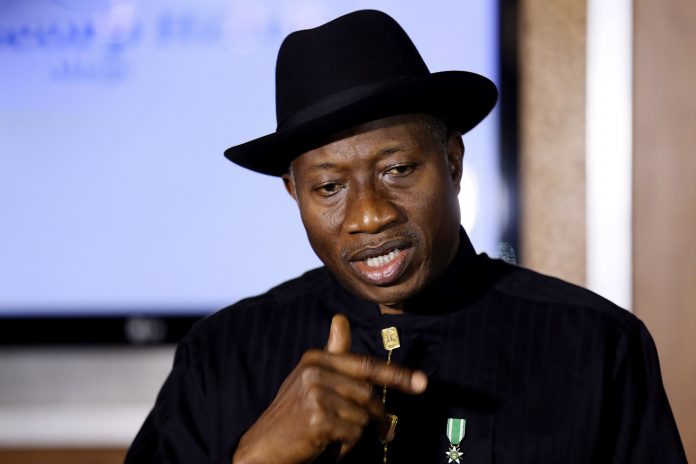 Goodluck Jonathan, former President of Nigeria has described as ridiculous allegations by the Presidency that government officials loyal to him reinstated ex-chairman of the Pension Reform Task Team, Abdulrasheed Maina.

Buhari’s media aide, Garba Shehu on Wednesday had said some officials who were still loyal to the former president facilitated Maina’s return.

In the statement, Garba Shehu described Maina as one of the monsters created by the opposition party. “Over and over again, the President Buhari government has pointed out that the administration’s greatest problem is the mess left behind by the previous government. Maina is just one more example,” he said.

Referring to document records from the investigations that led to the disgrace of the former pension boss and his being declared wanted by the EFCC, Shehu noted that Maina was not the only a top member of the former government involved in the multibillion naira pensions scandal, but a man warmly ensconced in the bosom of power.

Reacting to the allegations, Jonathan, who spoke through his spokesman, Ikechukwu Eze, said the claim is ridiculous, adding that he left over two years ago and could not have reinstated a fugitive.

“It is ridiculous to say that Jonathan’s loyalists brought Maina back into service.  Is it his loyalists that are in government? Somebody who has left office over two years, his loyalists still brought in a fugitive to power? It is laughable.

“Is it his loyalists that also promoted him and made him an acting director from the position of an assistant director?  These are the questions they should answer.

Meanwhile, Garba Shehu has assured Nigerians that President Buhari was determined to get to the bottom of the matter of the impunity that led to Maina’s reinstatement.

Maina was dismissed in 2013 by the Federal Civil Service Commission following a recommendation by the Office of the Head of Service.

He was accused of massive pension fraud scheme amounting to more than N100 billion. He sued the Senate, after the upper chamber issued an arrest warrant against him.