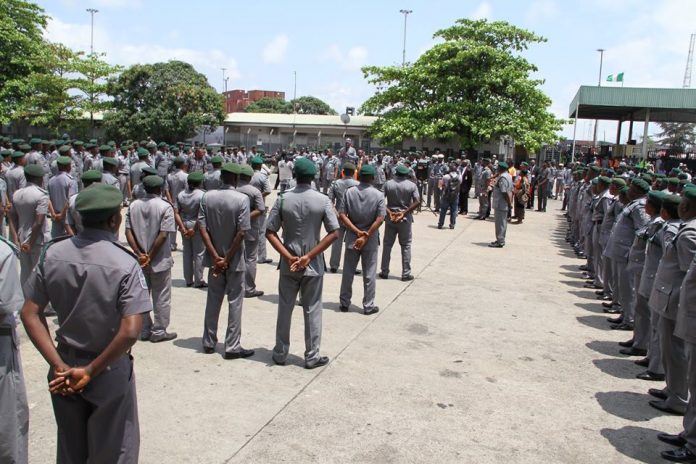 Clearing agents have called on the National Assembly to probe the over N10 billion spent in the last two years for maintenance of the security patrol boats acquired by the Nigeria Customs Service (NCS), 2015 but which was later abandoned at the Marina Jetty.

Some of the agents who spoke on the issue wondered why the Service will continue to spend such huge amount for maintenance without any value for the nation.

Chike Anosike, said “The National Assembly must probed this. Do you know how N10 billion is spent?

“This government is not serious at all, that amount can be used to fix part of the roads in Apapa.

“The National Assembly must rise and salvage this nation from this government.”

Similarly, Kunle Arowojobe, a customs agent, said the nation is losing heavily to smugglers and stressed the need for an investigation on why the boats are left unused since their purchase so as to avoid a repeat in future and quickly put the machine into use to strengthen anti-smuggling control on our water ways.

He also noted that the Service is putting a lot of attention on the ports whereas the nation is losing a lot of revenue through land borders, waterways and many unapproved roots. Having such patrol boats parading our waterways, the unfettered access and control smugglers enjoy on our waterways would be checked; such goods will be directed through the right borders and more revenue will accrue to government.’

Also Bamidele Oni, a Customs agent, noted that the abandonment is a reflection of the attitude of the nation towards national projects which are abandoned across the country.

He said he is not surprise that the Nigeria Customs Service is leading in the area of project abandonment, wondering why the Service could abandon such a vital tool that could have helped it in achieving one of its core mandates of anti-smuggling.

He said piloting the boats could be one of the reasons they were left unused two years after their purchase but quick to say ‘how will customs officers use the patrol boats when they have not been trained on how to use it?’

He noted that the jetty at the Western Marine Command at Ibafon, Apapa, which has been under construction for so many years, is yet to be completed, adding that such boats with a huge financial cost would require a standard jetty to park.