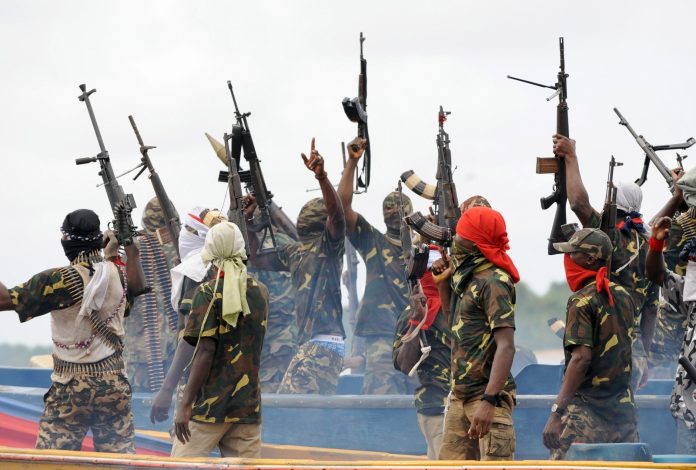 The Niger Delta Revolutionary Crusaders (NDRC), has expressed it disappointment with the Pan-Niger Delta Forum (PANDEF), led by Chief Edwin Clark, vowing to commence fresh attacks on oil facilities across the Niger Delta on September 31.

According to NDRC, in a statement by its spokesperson, W O I Izon Ebi, “We have resolved and are more determined to use all necessary means to take back our heritage by stopping all oil and gas exploration and exportation in Niger Delta come September 31, 2017. And when that time comes, heaven will not fall.”

“PANDEF leadership unfortunately, does not see the hand writing on the wall; that the Government of Nigeria is not prepared to set up a dialogue team. Therefore, we cannot continue to follow a leadership that has remained myopic.”

The group added that, “Our elders and distinguished personalities of PANDEF have tried in their advocacy. We realize that the balancing act of being elder statesmen and resource control advocates can be a very touchy act. That is why our goal is in consonance with the vision of Niger Delta’s emerging youth leaders in the clamour for resource control.

“The Nigerian nation should be grateful to PANDEF and most especially the acting President, Prof. Yemi Osinbajo, who was so sincere in trying to do things in line with the best global practices of this 21st century, but the Nigerian elite and state, who feed fat on the resources of the Niger Delta do not care about the plight of the Niger Delta people.”

Insisting that NDRC was speaking on behalf of the present agitators, who jointly signed the agreement with the Federal Government to observe the ceasefire in return for a holistic solution for the problem facing the region, Izon Ebi said, “Our grievance with government is that after the consolatory statement of the government by Prof. Osinbajo, nothing is on ground to show sincerity by government.