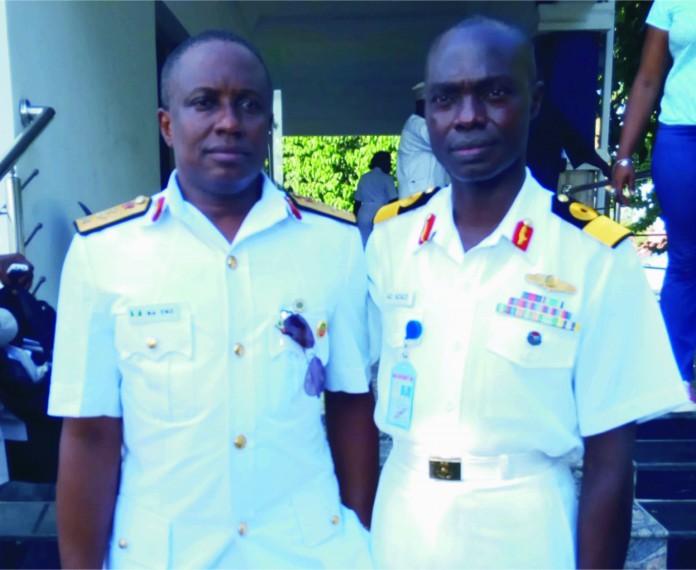 A new Commander has been appointed for the Nigerian Navy Ship Beecroft. He is Commodore Maurice Eno.

He takes over from the former commander, Commodore Abraham Adaji, who has been redeployed and appointed as the Director of Administration, Nigerian Defence Academy, Kaduna.

During an RPC organised in his honour at the Western Naval Command, officers’ mess, Apapa, he was eulogised for his brilliant performance during his short stint in office as the commander.

The Flag Officer Commanding (FOC) Western Naval Command, Rear Admiral Ferguson Bobai, said the former commander has the capacity to achieve result in every task noting that most of the operational functions started and end with him at the WNC.

He observed that his exemplary achievement was a huge challenge for the incoming Commander stressing that “he has a big shoes to wear.”

On his new posting and appointment, Admiral Bobai reiterated, “Here you were like the boss but at NDA, you are going to tra-services. We expect excellent performance from you and to be a good ambassador of NNS Beecroft.

Responding, Cdre Adaji expressed happiness about the FOC’s kind words of commendation saying despite “Lagos being a particularly difficult area” the huge support I enjoyed made it possible for him to achieve a lot during his tenure at the command.

The RPC was attended by friends of the navy, senior naval officers, defence reporters and ratings.