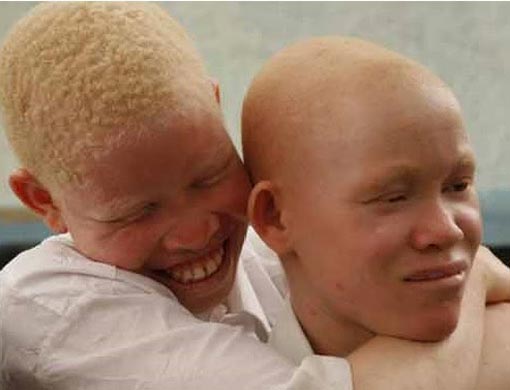 By ANDREW OJIEZEL
Concerned by the effect of weather condition on them, Ondo State Government has appealed to people with albinos to embrace the free medical treatment being put in place in the state.
The Secretary, Agency for the Welfare of Persons with Disabilities, in Ondo State, Mrs Olutope Fashuyi, who made this known today stated that the state government will soon commence the distribution of free eye glasses and sun protection cream to albinos.
Speaking at the free eye test for the albinos, .Fashuyi, said the state Governor, Rotimi
Akeredolu (SAN) has already approved the scheme.
According to her the distribution will start immediately the ongoing screening was
concluded.
ALSO SEE: How Apostle Suleman’s magnanimity led to the freedom of three convicted rapists
She said that the albino group had been neglected for too long, hence they deserved to be given a sense of belonging.
“This kind gesture of the governor is to ameliorate the pains of these special people and prevent them from having skin cancer, sun burns and freckles usually caused by the scorching sun.
”We urge parents and guardians of albinos to bring them immediately for eye test at the agency’s office at the Ondo State Development and Property Corporation.”
According to her, “There is assurance that eye glasses and sun protection creams will be distributed when the eye test is completed.”
Fashuyi appealed to albinos in the state to take advantage of the opportunity which, she said, was the first of its kind since the creation of the state.