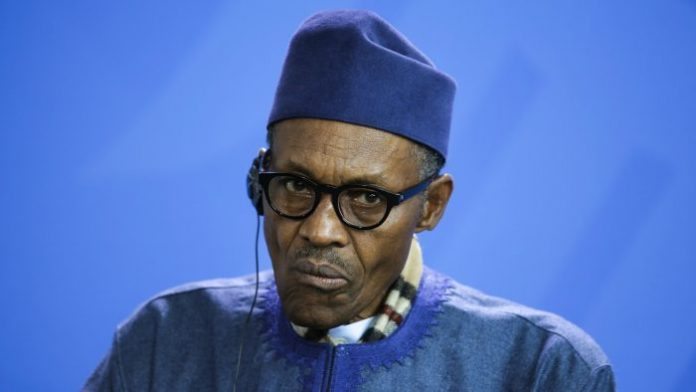 With mouths aghast, millions of Nigerians and friends of Nigeria from around the globe watched as President Muhammadu Buhari granted his first most important international media interview and made a frightening disclosure.

This was barely weeks after he was inaugurated on may 29th 2015 when he honored an invitation extended to him by the then United States’ president Mr. Barack Obama.

Surrounded by his handpicked ‘kitchen’ cabinet members made up of largely his Fulani and Muslim ethno -religious cousins and nephews, the newly minted Nigerian president who was once a military leader hinted about what has emerged as his theory of marginalization of the Igbo speaking people of Nigeria.

When asked by a broadcast journalist how he would preside over the affairs of the Nigerian state as the elected president, the unsmiling Buhari wasted no time in stating that the South East of Nigeria will be treated with the short end of the stick in terms of redistribution of offices and possibly the sharing of the proverbial national cake.

This statement in itself is highly unconstitutional because the redistribution of national wealth and offices have been so well arranged in the constitution for a seamless enforcement except the political leader decides to willfully violate these critical provisions.

In that interview in Washington Dc, Muhammadu Buhari revealed that the North and South West geopolitical entities which gave him 95 percent votes will get more political benefits during his presidency than the South East which only gave him 5 percent.

The president has since made good his vows which substantially violates constitutional norms but he proceeded without giving any thoughts to the agitations for fundamental redress of these stark imbalances.

We will return shortly to provide empirical evidence to back up the aforementioned claims of systematic marginalization and systematic exclusion and deliberate alienation of the Igbo speaking section of Nigeria during Buhari’s administration.

First, let us explore briefly certain key constitutional foundations which make it imperative that the Nigerian president must be fair and just to all constituencies.

Having said the above, the most coherent flow of this conversation will continue from the fountain of legal knowledge of a reputable constitutional scholar in Nigeria by name Dr. Tunji Abayomi.

Abayomi wrote a book titled “Constitutional powers and duties of the president”  and in it he expressed the unambiguous view that whosoever is elected a Nigerian president is the president for all constituencies.

“For the purpose of election to the office of the president, the entire nation is the constituency for the election under section 132(4).”

This simple provision extends the source of the authority of the president beyond regions, zones, states or local constituent areas to the entire Federation, says Abayomi.

The provision extends the executive authority of the president to total domestic affairs and domestic leadership within the geographical territory of Nigeria, including the coverage of his orders within constitutional grounds. Section 5(1) invests in the president the executive powers. But it is section 132(4) …by emerging from the exercise of the votes of a national constitutency, whether in favour or against, he becomes chief national representative of the people within the nation or any other government of the nation, as well as against other nations within foreign affairs.”

Importantly, the president upon assumption of office is taken through the ritual of oath taking to pledge allegiance to the constitution of the Federal Republic of Nigeria.

The wordings of this presidential oath goes to show that the holder is expected to live above board and must handle the affairs of state as a nationalist and not a regionalist or a religious bigot.

Knowing man to be very imperfect and quick to forget, the drafters of the Nigerian constitution also inserted a binding provision to take care of the Federal character nature of the appointments to be made by the president in order to create balance and a sense of belonging.

In section 14(3) the constitution provides that : “(3) The composition of the Government of the Federation or any of its agencies and the conduct of its affairs shall be carried out in such a manner as to reflect the federal character of Nigeria and the need to promote national unity, and also to command national loyalty, thereby ensuring that there shall be no predominance of persons from a few State or from a few ethnic or other sectional groups in that Government or in any of its agencies.”

The current president has clearly violated his presidential oath of office and the Federal character principle because he has completely excluded the Igbo speaking people from top Defence and political appointments with the exception of the ministerial positions which is provided for that he must assign a minister per state of the Federation in section 147(3) of the constitution.

In other words, apart from the appointments of ministers which is clearly stated, all other appointments made so far has violated the Federal character principle and has excluded the Igbo speaking people.

Take for instance, the fact that Igbo speaking people by topography are restricted to only five states, but by demography Igbo speaking people constitute a significant majority and therefore must not be excluded in such strategic positions as are found or recognised in the Constitution to govern the Defence sector. Apart from exclusion of Igbo in the appointment of military service chiefs, there is no single strategic national assets of the military located in the South East of Nigeria.

Therefore, the attempt made yesterday in London by the Kaduna state governor to deny a clear case  of marginalization of Igbo based on nomination of ministers in president Buhari’s cabinet did very little to justify this brazen illegality.

There is no justification to say that a tribal group that constitute one of the very clear demographical majorities is singled out and excluded in the formation of the key national military appointments. This is wrong and unconstitutional.

But the governor of Kaduna state tried to justify the exclusion when he delivered a lecture at Chatham House on restructuring titled ‘Next Generation Nigeria: What Is Restructuring And Does Nigeria Need It?’

As reported by Daily trust, he explained that four of the five states in the zone had senior ministers in federal cabinet despite the fact that they gave the APC government just about five per cent of votes in the 2015 presidential election.

“Some states including Kaduna, which gave the party more than 90 per cent of votes, only have junior ministers (ministers of state), “he said.

To put a clear lie to any futile attempt to justify the exclusion by Buhari of Igbo people from strategic defence and political positions, let us just look at the appointments made so far by this administration.

An online newspaper had reported on August 28th 2015 that since the inauguration of Muhammadu Buhari as the President of the Federal Republic of Nigeria, he has made 35 appointments.

Others are then Acting Chairperson, Independent National Electoral Commission, INEC, Amina Zakari, [Jigawa State, North-West] who is related biologically to Buhari before he also picked the Northerner as substantive chairman in the person Professor Mahmood Yakubu.

From that time till now, Buhari had made over 100 top level appointments and the North have taken over 80% of these slots including nearly 90% of all the top 30 appointments into the Nigerian National Petroleum Corporation(NNPC). The President has left out the Igbo speaking population of Nigeria in all of these major appointments.

The exclusion of Igbo by Buhari reminds me of how the United States of America maltreated blacks when they suffered the natural disaster in New Orleans.

“In September of 2005, a devastating “category four” hurricane hit the Gulf coast of the United States The levees that protected the city of New Orleans, which is below sea level, were breached, and massive flooding followed, leaving 80 percent of the city under water. In the days that followed, the national press featured images of masses of impoverished African Americans, residents of New Orleans, huddled and waiting, and sometimes screaming, for help”.

“…But the population of the city was overwhelming black, and poor. The median income was only 70 percent of the national average… the earnings of some poor people, had been whittled away for several decades, and especially under the presidency of George W. Bush. The schools were bad, with high dropout and suspension rates, and the illiteracy rate of the city hovered at about 40 percent. Homicide rates were extraordinarily high, roughly ten times those of New York City”.

“The marginalized were again ignored even as the storm approached and evacuation orders were issued.”

“As events unfolded, a contest of sorts emerged over how the public should view the victims. Right-wing bloggers and some of the press tried to demonize the victims, portraying the crowds of evacuees as a riotous mob, stressing incidents of violence, theft, and rape….”

These narratives of systematic marginalization of black Americans are exactly the same kind of maltreatment Igbo speaking nationality face under Buhari.

Take for instance, armed Fulani herdsmen have been on rampage killing, maiming and destroying farming communities and seizing these lands from the owners but Buhari’s government has looked the other way as resisted calls from diverse opinion leaders to declare these killers as terrorists and go after them but this same government said these killers classified in World ranking as one of the most potent Global terror networks are mere criminals. But the Buhari’s government hurriedly branded as terrorists the members of the unarmed self-determination group known as Indigenous peoples of Biafra (IPOB).

If these aren’t injustices, what, then is the definition of justice?