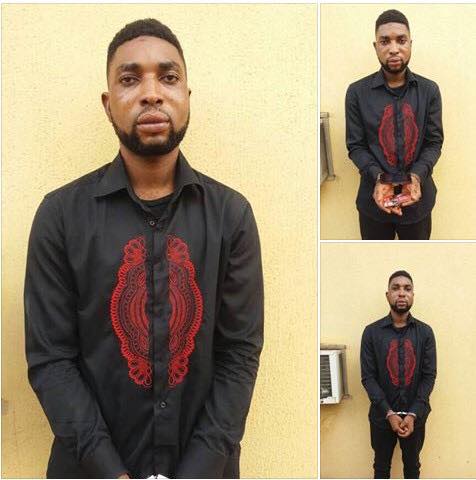 The days of the evil exploit of a 27-year-old man identified Henry Ushie, has ended as he has been arrested for the impersonation of Abba Kyari, an Assistant Commissioner of Police and head of the Intelligence Response Team of the Inspector General of Police.

Henry, who engaged in online fraud, and a native of Bekwara LGA Cross River State, had opened a Facebook account with the name of ACP Abba Kyari.

National Daily learnt that the suspect was nabbed in Asaba, Delta state on Saturday after a serious follow up by Nigeria’s crime buster.

Besides, the suspect has been duping other hapless Nigerians while pretending to be getting juicy jobs for them.

“He claimed he was getting Jobs, postings and United Nation (UN) Peace Keeping jobs for his victims who felt that he was communicating with the prominent and influential citizens and whose pictures were usually displayed,” it was gathered.

National Daily gathered that the suspect also confessed to have been arrested in 2015 for the same crime and was subsequently charged to court where he was granted bail and he continued committing same the crime without remorse.

The phone and SIM cards with the ATM Card of the Account he uses in defrauding innocent citizens were recovered from him by the police.

The case is been investigated by the police and would be charged to court if found culpable.