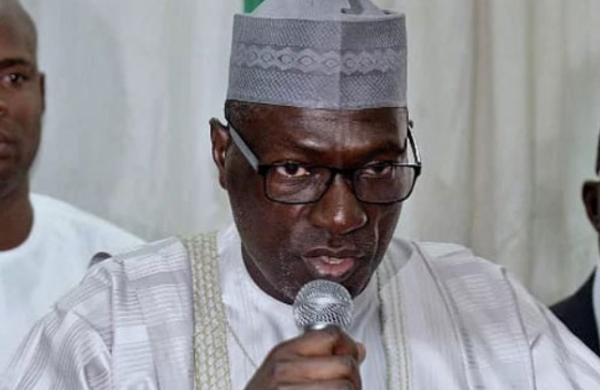 Share this on WhatsApp
Spread the love
By SUNDAY ODIBASHI
The Peoples Democratic Party (PDP) has continued its efforts of rebuilding the party structures and re-positioning for 2019.  The National Caretaker Committee (NCC) initiated renewed framework of laying the foundation of the rebuilding PDP on the dynamics of internal democracy. Thus, in the build up to the December National Convention of the party, Chairman of the Caretaker Committee, Ahmed Makarfi, had declared the zoning of various positions or election tickets to stakeholders from the different parts of Nigeria.
The race for the National Chairman of the PDP, which was zoned to the South, has continued to raise fresh dust over the basic instrument of consensus building in the party. Consensus, like negotiation, bargaining, trade-offs, etc, is a rudiment of decision making in a democracy.
Currently, in the PDP, the National Chairman, at the macro zoning point, was reserved for the South. However, at the micro zoning point, some stakeholders of the party insist it must be given to the South West. This culminated into several candidates who include Chief Olabode George, former PDP National Deputy Chairman; former Governor of Oyo State, Rasheed Ladoja; Prof. Tunde Adeniran, former Education Minister; Prof. Taoheed Adedoja, former Sports and Special Duties Minister;  Otunba Gbenga Daniel, former Ogun Governor, and High Chief Raymond Dokpesi, Founder, Daar Communications; as well as Jimi Agbaje, Lagos PDP governorship candidate in 2015; and Prince Uche Secondus, former PDP Acting National Chairman, contesting the exalted leadership hierarchy of the National Working Committee (NWC).
Apparently, the South West has six candidates, the South-South has two, while the South East has no candidate for the National Chairman race.
The participation of Dokpesi and Secondus has been generating disquiet over the zoning compact in the party. Similar scenario plays out in the participation of Governor Ayo Fayose of Ekiti State in the 2019 presidential race which had been zoned to the North, in the PDP.
Curiously, the Chairman of the PDP National Caretaker Committee (NCC), Ahmed Makarfi, declared that the Caretaker Committee has no power on micro zoning of elective positions. Invariably, tracking down zoning to specific political entity within the party structures has become a herculean task for PDP leaders, signaling a potential danger of discontentment in the electioneering processes into the General Elections in 2019.
ALSO SEE: Maina also rewarded with N22M, says PDP
Markarfi had declared: “As a committee, our powers are limited to the decisions taken at the party’s national convention in Port Harcourt.
“The convention agreed to zone the national chairmanship to the South while its ticket in the 2019 presidential election was zoned to the North. We cannot go beyond that and decide which part of the North or South should produce what.”
Markarfi father observed: “Some people think that I, as chairman of the caretaker committee, should assume the power that we don’t have.
“We have no power beyond the convention and the party’s constitution.
“I want to remind all of us that the only thing our convention did was to zone two positions. The caretaker committee cannot go beyond that.
“To assume that the chairman of the caretaker committee can come and exercise power that he doesn’t have, and start dishing out orders, that will be undemocratic. That will have no basis or foundation in our constitution.”
Meanwhile Governor Fayose had intervened to prevail on the candidates to adopt a
consensus candidate in the South West to contest the position against the two candidates from the South-South.
While the Bode George group relatively showed interest in the consensus initiative of Fayose, though with subtle reservations that it favours their principal, the Taoheed Adedoja group vehemently opposed it, insisting that all candidates must test their popularity at the National Convention in December.
It is, therefore, expected that votes will be splatted among the six candidates from the South West while the two candidates from the South-South appear to have wider space of votes mobilization. This is, however, dependent on their capacity to have wide trade-offs across the country, and by extension, what the PDP leadership would have surreptitiously concluded in the power sharing and zoning mechanism.
Meanwhile, all candidates for the National Chairman have been screened by the PDP Senate caucus in the National Assembly, thereafter, they met with the Makarfi and other members of the National Caretaker Committee at the PDP Secretariat, Abuja.
Makarfi had, at the meeting, encouraged the candidates  to close ranks and work together so as to avoid mistakes of the past, maintaining that it was only when the party succeeded that every member would smile.
Share this on WhatsApp
Related Topics:2019 general electionsAhmed MakarfiPeoples Democratic Party (PDP)
Up Next