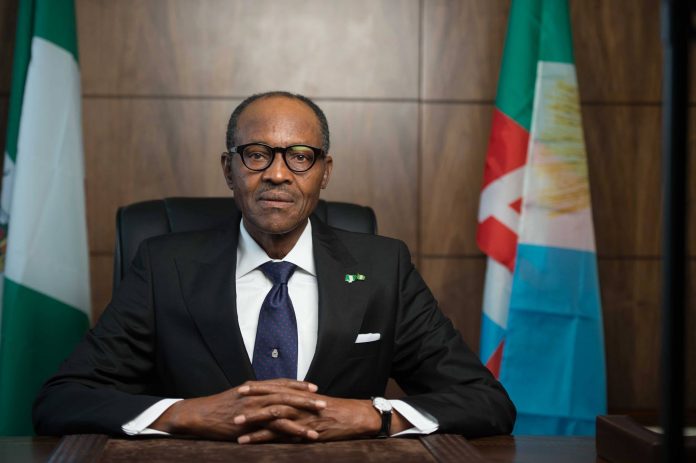 A pro-democracy and non-governmental body- Human Rights Writers Association of Nigeria (HURIWA) has condemned as outrageous and wicked, the report in a section of the online media purportedly claiming that President Muhammadu Buhari has died.

The Rights group has asked politicians of all schools of thought to stop being mean and wicked by masterminding the circulation of toxic stories on the health condition of Nigeria’s ailing President in the online and social media but is opposed to any draconian measures to attack press freedom and freedom of expression by any branch of the security forces as any tyrannical anti- media freedom measures will in a comprehensive way hurt democracy and constitutionalism in Nigeria.

Consequently, the Rights Group has resolved to petition both Mr. Mark Zukkerberg the owner of Facebook social media platform, Larry Page, Sergey Brin and Eric Schmidt of Google to demand that such fake news concerning the health status of the president of Nigeria be struck off and never allowed to circulate since such could spark off a national security challenge for Nigeria.

In a statement jointly endorsed by the National Coordinator Comrade Emmanuel Onwubiko and the National Media Affairs Director Miss. Zainab Yusuf, Human Rights Writers Association of Nigeria (HURIWA) applauded the spokesmen of president Buhari for swiftly debunking the fake news on the purported passage of Nigeria’s ailing president but called on President Buhari’s Media Minders to always avail Nigerians with the weekly update on the recovery of president Buhari.

The group said the ill-advised decision of the Presidency not to periodically update Nigerians on the health status of Mr. President will create room for all sorts of conspiracy theories and speculations from a number of busybodies some of whom are not wishing Nigeria well.

HURIWA stated thus; “We have brainstormed at the level of our Human Rights Community in the early hours of Monday May 15th 2017, on the unfortunate story that made waves in some online platforms over the weekend which reported without any substantial confirmation from official quarters that Mr. President has died in London. We condemn this wicked plot of those who do not wish Nigeria well and we are satisfied with the rebuttal of this mischievous falsehood peddled by these faceless detractors and we are calling on them to have rethink and give constructive political opposition a chance to thrive”.

“We have authorized our secretariat to send out petitions to the owners of Facebook and shareholders of Google to request that mechanisms are put in place to effectively stop such fake stories from ever gaining access to their platforms. We condemn in the strongest possible terms this attempt to sow a seed of discord in Nigeria which may not even have emanated from tge political opposition because even within the All Progressives Congress there are factions engaged in fierce power tussle”.

Besides, the group said it was satisfied that President Muhammadu Buhari appropriately handed over power to the Vice President Professor Yemi Osinbsnjo to act in his capacity as Acting President during the period of his medical vacation in compliance with section 145 of  the Nigerian constitution of 199 (as amended).

Specifically, section 145 (1) of the constitution states as follows: “Whenever the President transmits to the President of the Senate and the Speaker of the House of Representatives a written declaration that he is proceeding on vacation or that he is otherwise unable to discharge the functions of his office, until he transmits to them a written declaration to the contrary such functions shall be discharged by the Vice-President as Acting President”.

“Finally, we join other patriots to pray for the quickest recovery for the ailing President Muhammadu Buhari “, says HURIWA.