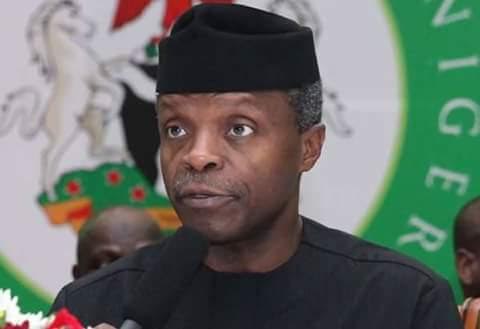 V.P Yemi Osinbajo has told Nigerian Christians the divided ones among them are afraid the APC government wants to I slamize Nigeria.
Osinbajo said this while  tspeaking at a pastors’ conference in Lagos on Friday.
The Christian Association of Nigeria has been raising this concern for a while, starting from the UBE curriculum to the current Sukuk loan, an Islamic financing option, the government wants to take.
Government clarified the policy and even explained that the bond would be used to construct 25 roads across the country, the religious body would have none of that.
“Part of the problem is the failure of Christian leadership to take its rightful place. We focus our minds on something we call the Islamic agenda. We look for it everywhere as if we are looking for demons,” said the V.P who is also a pastor of the Redeemed Christian Church of God.
“But where is the Christian agenda? Are we not entitled to one? We are too divided as Christians to have an agenda. The key to the unity and progress of Nigeria is in the church.”
ALSO SEE: The harshest thing Customs boss Hameed ever says about Buhari
He insisted there are no plans to Islamise Nigeria through the Sukuk bond or the country’s membership of the Islamic Development Bank.
Osinbajo said apart from Nigeria, many nations of the world including the United States of America and the United Kingdom had also embraced the system as a result of its progressive nature.
“The Sukuk is an Islamic concept, which enables people to have access to credit. It is essentially like a bond,” he said.
“The US, UK, China, South Africa have all used the Sukuk. Once there is money in the market, let us not get sentimental. The most important thing is for us to use those monies well.
“Some people say there are some hidden things in this arrangement and that one day somebody is going to take us over. Where? How will that happen? These are straightforward financial systems used all over the world. I don’t think it presents any real problem. It is a very progressive financial system.
“Nigeria became a member of the Islamic Development Bank in 2005 and the first person to sit as director of the bank was Ngozi Okonjo-Iweala. The second person to sit as a director is the current Finance Minister, Kemi Adeosun, and both of them are Christians.
So, when people talk about Islamic agenda, sometimes I am lost.
“The person who brought us into the bank is not a Fulani or Northerner, the person was a Christian, so why are we complaining? Nigeria is the fourth largest shareholder in the Islamic Bank. This wasn’t Buhari’s making. We must have facts before saying things. But above all, we must ask ourselves if being a member of the bank profits us or not.
“For me, I have no problem with this. We can use what we get there to develop our society. This is the most important for me.”
PV: 0 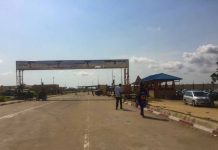