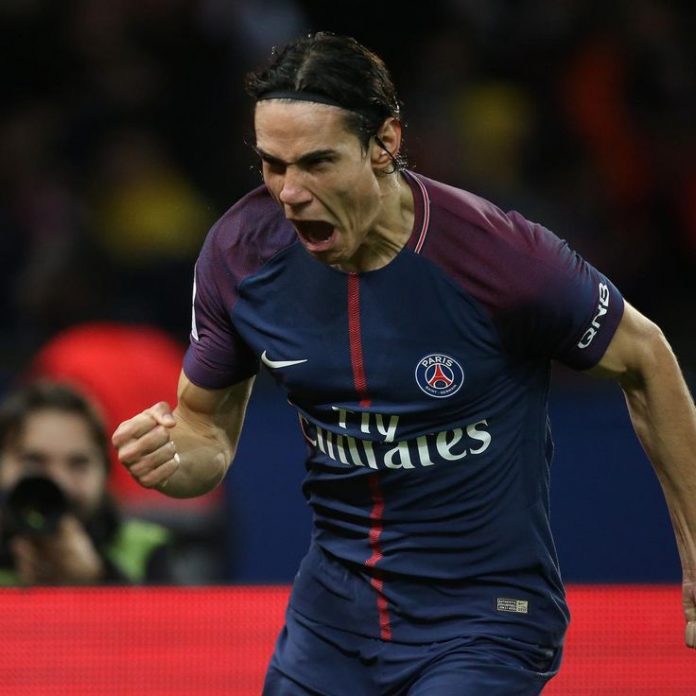 By Boluwatife Ezekiel Olaleye
Paris Saint-Germain have reportedly begged Real Madrid to sign Edinson Cavani as they aim to meet Financial Fair Play regulations following the arrivals of Neymar and Kylian Mbappe this summer.
Real Madrid had a relatively quiet summer, going about their business under the radar by completing deals for Dani Ceballos and Theo Hernandez.
However, Los Blancos’ stuttering start to the new La Liga campaign has shown Zinedine Zidane’s side could do with a striker.
Cristiano Ronaldo and Karim Benzema are struggling for form, while the club have been left to rue their decision to offload Alvaro Morata to Chelsea over the summer.
And Spanish outlet Don Balon claims PSG have come calling, requesting Real Madrid do a deal for Cavani as they scramble to meet FFP rules.
In recent weeks, the Uruguayan’s future has been the source of much discussion.
He was involved in a public row with Neymar, arguing over set-piece duties in a 2-0 victory over Lyon last month.
ALSO SEE: Neymar wants Cavani out of PSG
That then consequently led to reports suggesting the Brazilian had requested he be sold.
Chelsea and Everton have been linked with him since, though whether or not he would be receptive to a move to England is unclear.
But Don Balon say a move to the Bernabeu in January could be in the offing.
It is said that PSG president Nasser Al-Khelaifi wants his Real counterpart Florentino Perez to help them out by taking Cavani off their hands.
They need to balance the books in the New Year to ensure they are not punished for their purchases of Neymar and Mbappe in the summer.
Real supposedly are not fully convinced about signing the 30-year-old.
But Perez is keeping an open mind and could make a move if Madrid continue to fall short on the domestic and European scene.