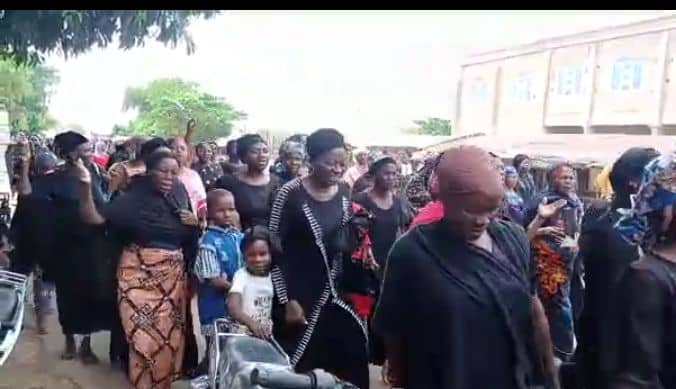 Reeling in the pain of killing and kidnapping raging in the Zuru emirate of Kebbi, Christian women in the emirate massed out in their numbers to protest on June 14.

Scores of men and women in Sakaba, Wassangu, Fakai, and Zuru LGAs have been killed by Fulani bandits from Zamfara and Niger.

The security agencies have not been responding as promptly as expected because they have to get clearance from the state command headquarters.

The affected population is predominantly Christian, which has so far added a religious coloration to the terrorist activities going on there.

During the June 14 rally, the women dressed in black, singing Christian songs in their local dialect.

There have been three attacks in the area in the last two weeks, the last claiming 66 lives.