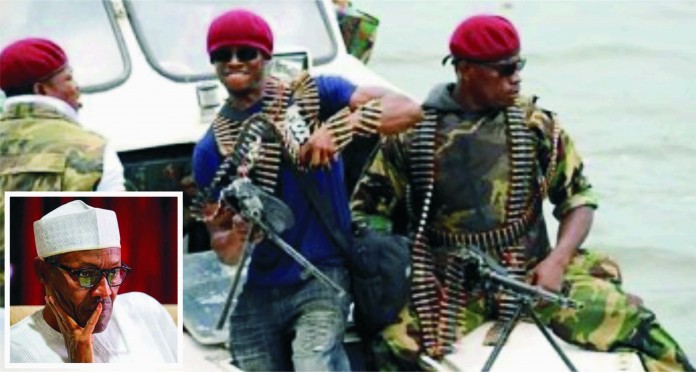 THE continued insanity of the people of Niger Delta (my people) has to be radically addressed and in-house too because they are becoming irreparably disfigured in their mindsets as expressed in some of the imprudent ways they keep portraying themselves.

Is it not laughable that we are falling on ourselves scrambling for whether or not to participate at the federal government’s proposed so called regional summit or dialogue to discuss the issues at the crux of the agitation in the region? Who did this to my people that they can no longer think straight?

Is Buhari even ready for sincere dialogue with the people of the region? This should be the first question. His body language and expressed mindset show the contrary. Recall that he reportedly said during a bilateral meeting on the sidelines of the 71st edition of the UN General Assembly, in New York that: “We are making definite progress on how many factions of the militant groups exist, their leadership and operational basis, and we have equally sought the cooperation of the oil majors. In a short while, I believe the issues would be resolved.”

Does anybody still doubt that the federal government is only interested in continued access to oil flow from the region if not, should militants replace genuine representatives of the entire people of the region in any genuine dialogue?

It’s only someone who is brain-dead that does not know that the issues confronting the Niger Delta and at the core of the agitation do not require any more academic exercise of this nature.

And it is shameful that those that call themselves our leaders are evening amenable to what they described as a “credible dialogue process between the Federal Government, the oil companies and the accredited and authorized representatives of the region.”

Hear them: “We reaffirm our collective resolve to only engage the Federal Government through a credible dialogue process with accredited representatives of the Niger Delta region to proffer long lasting solutions to the protracted Niger Delta insurgency and not a summit of this type.”

Mr President Sir, this is my posit: Niger Delta Development Commission (NDDC) is an annex of the Presidency and this extended office of the president embarked on what could fairly be described as a sincere and comprehensive facts finding mission that ultimately culminated in the development of a document called “Niger Delta Development Master Plan.” Almost every stakeholder across the Niger Delta including oil companies and international development agencies contributed to the development of this document and so it can be said to have at least fairly captured the needs and aspirations of the entire peoples of the region. Where is this all important document?

There is nothing anybody is going to discuss or suggest in any meeting whether you call it summit or dialogue that is not thoroughly streamlined in this document except collection of pittance handouts. In this document, there were recommendations for short, medium and long term actions towards redressing the development imbalance of the callously neglected Niger Delta region.

So if the federal government is actually sincere with addressing the development issues giving rise to these circles of armed agitations, where to actually start is from the short term actions as recommended in the master plan. At least, let the people of the region see some level of seriousness and genuine commitment on the side of the Abuja government.

When Buhari’s crocodile started smiling in the Niger Delta, that would have been the best time for the Julius Berger caterpillars to have rolled- in massive into different sections of the region doing roads, bridges, water scheme, rural electrification etc. At least the “smiling crocodile” would have provided cover for any militant who may want to disrupt work on site.

But this did not happen. Now crocodile smile has moved to crocodile tears, another repeat of same old mistakes of past administrations.

There is a way you insistently ask somebody to go to hell that he actually decides to embark on the trip and see what would happen in hell. That is the present situation between the Presidency and militants of the Niger Delta.

How do you expect a grossly incongruous gathering of nearly 500 persons with government officials talking to themselves at Abuja to achieve to achieve anything towards addressing the key issues at the core of the agitation? Why are we more interested in pittance handouts instead of asking for and insisting on the development of the area?

What many remember is his Amnesty Programme but that was merely an achievement by default. His main achievement by design should be the report of the Presidential Technical Committee on the Niger Delta, otherwise known as the Ledum Mitee Report, fashioned out by a 45-man committee charged by the government with finding a permanent solution to the lingering Niger Delta crisis. This committee extraordinarily had a free hand to operate and even chose its own chairman and secretary.

Expectedly, the Mitee committee held the same view as all the other reports and further showed agonizingly that no government had ever bothered to implement the recommendations with the overall goal of holistic, people-centred, people- focused and people-driven growth and development in the region.

Is it not surprising that the report- an excellent and well thought-out document with historically informed recommendations, submitted to the government has remained in the cooler for years now? If the present administration if sincere and serious about the Niger Delta issue, the Technical Committee Report should be endorsed by way of a Government White Paper for immediate implementation instead of all these scheming to talk and talk and deceive the people.

So what other talk show- whether you call it “summit” or “dialogue” are we clamouring for? The fact remains that the region has been criminally oppressed, exploited and neglected for over five decades and no amount of blaming Jonathan’s government for action or inaction is going to change the perception of the people that they have been grossly maltreated. The only antidote is massive infrastructure and human capital development not talk shows. Those who have ears let them hear!

Buhari/NNPC: What is it with Niger Republic? 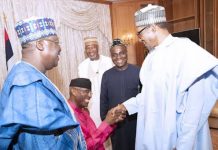