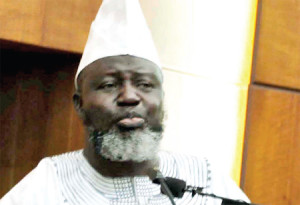 There was a mild drama at the National Information Technology Development Agency during the handing over following the suspension of its Director-General, Mr. Peter Jack by the Minister of Communication Technology, Mr. Adebayo Shittu.

A source stated that while it is a traditional and standard practice to hand over to the most senior Director, the Minister earlier insisted that the agency Director Corporate Planning and Strategy, Mr.Vincent Olatunji who is believed to be his friend, should take over to ensure the successful execution of his planned governorship ambition come 2019.

But the workers could not complain but only discussed the issues in hushed tones.

Jack has been axed out in his bit to employ more people into the agency following the shortfall in manpower and in line with President Muhammadu Buhari’s agenda to create jobs and empower the youths.

The ministry is alleging that Jack connived with the Federal Character Commission (FCC) to employ two 250 persons without following due process
.
However, sources in NITDA describe these allegations as untrue and unfounded as relevant proofs had been made available to the ministry.

Several youth groups are already protesting the suspension of Mr.
Peter Jack and calling on President Buhari to see to his immediate
reinstatement.

They described the minister’s action as undemocratic, biased and seek to keep the youths perpetually without a job.