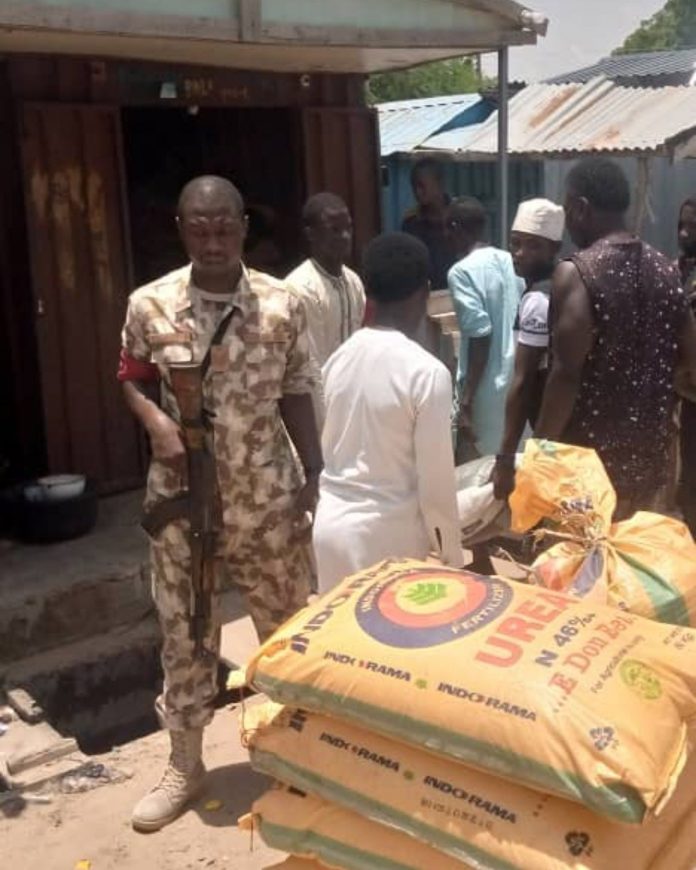 A supplier of Boko Haram has been arrested by Nigerian Army troops of Sector 2 Joint Task Force under Operation HADIN KAI at Bayamari, Geidam, Yobe.

Based on intelligence, the federal troops trailed him, and eventually caught him with 30 bags of urea, said Army spokesman, Brigadier General Onyema Nwachukwu.

Urea is used in brewing compounds used in IEDs., and has been banned in the area.

Nwachukwu commended officers and men for their vigilance and swift response in arresting the suspect.

The spokesman assured Nigerians of Army’s determination to totally root out the Boko Haram/Islamic State West Africa Province criminals from their hideouts.

The Nigerian military have been scoring a series of success against Boko Haram, bandits, and ISWAP terrorist thanks to local tipping off the troops.