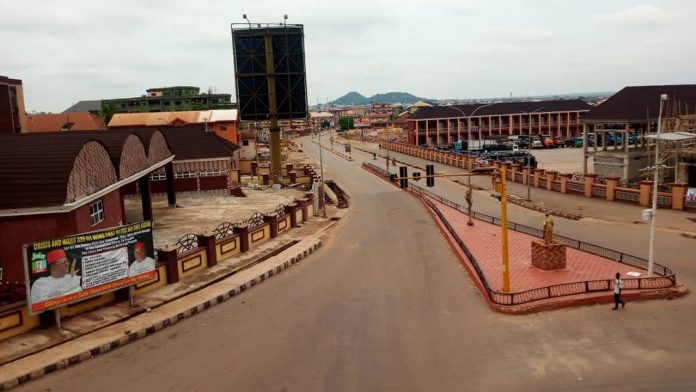 Schools, Shops, banks and other businesses in Abakaliki, capital of Ebonyi State remained under lock on Monday as residents heeded the call for a sit-at-home protest by the Indigenous People of Biafra (IPOB).

The group had called for the exercise to protest the arrest and detention of its leader, Nnamdi Kanu by the Federal Government.

Banks remained shut but their Automated Teller Machines (ATMs) were functional and dispensing cash to customers. A few banks had their gates opened and did not have customers to attend to.

Students writing the National Examination Council (NECO) exams were seen going to school in the morning.

Workers of some businesses, who reported to work, found their offices under lock and key.

Parks of major transport companies also did not load as at the time of this report.