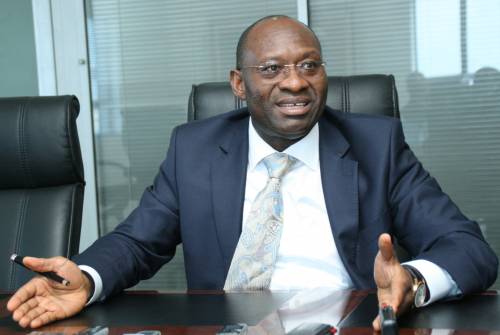 By Odunewu Segun
The Managing Director of Heritage Bank has been dragged to before a Federal High Court sitting in Lagos by the Economic and Financial Crimes Commission, EFFC, for an alleged fraud of N605, 321,051.05
Joined with Sekibo in the charge sheet marked FHC/C/95C/18 is one Kolapo Kola Daisi and company, Greame Properties Limited.
The EFCC, in the first count, alleged that Sekibo, on July 29, 2016, “while being a bank employee, to wit:  Managing Director of Heritage Bank, acquired the sum of N180m beyond your legitimate income through Greame Properties Limited, a company owned by you.”
According to the charge sheet, the EFCC prosecutor, Ekene Iheanacho, who signed the charge sheet, said the bank chief violated Section 7(1) of the Bank Employees, Etc (Declaration of Assets) Act, Cap B1, Laws of the Federation of Nigeria 2004 and he is liable to be punished under Section 7(2) of the same Act.
In the second count, the anti-graft agency alleged that Sekibo and Greame Properties Limited “did retain in the Diamond Bank Plc account number 0006129214 operated by Greame Properties Limited the sum of N180m received from the account of Vlamings Professionals Limited when you reasonably ought to know that the said money was direct proceeds of your unlawful activity, to wit: conspiracy and fraud.”
According to Iheanacho, Sekibo and Greame Properties Limited acted contrary to Section 15(2)(d) of the Money Laundering Act 2011 (as amended by Act No. 1 of 2012) and are liable to punishment under Section 15(3) of the same Act.
In the third count, the EFCC alleged that Sekibo “acquired N125, 321, 051.05 beyond your legitimate income through the Diamond Bank Plc account of FIFC Development and Management Limited operated by you.”
In count four, the EFCC alleged that Sekibo conspired with Daisi “to transfer the sum of N300m proceeds of unlawful activity,” into the account of Hiltrans Global Investment Limited “when you reasonably ought to know that the said fund was fraudulently withdrawn from the account of Heritage Bank Company Limited in Access Bank Plc.”
The court is yet to fix a date for arraignment.