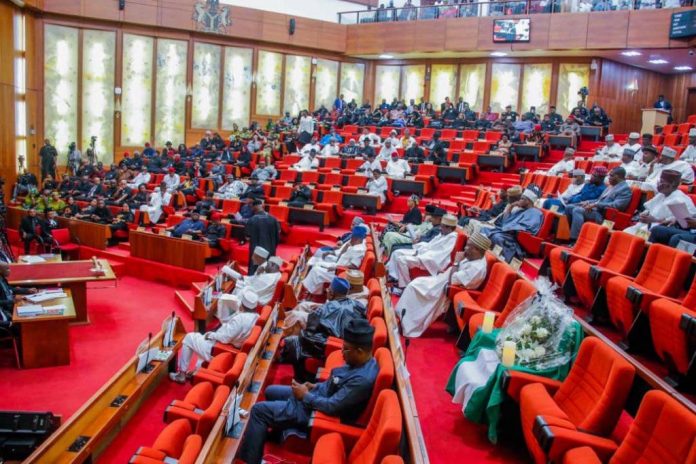 With controversies still trailing the recently passed Petroleum Industry Bill over some clauses, energy experts have tasked the Federal Government to make some amendments before it is signed into law by President Muhammadu Buhari.

One of the experts, a Petroleum Engineer, Olaoluwa Omole, said the agreement on the percentage of the preceding year’s Operation Expenses (OPEX) did not matter, as such would not resolve the controversies.

He said, “Even if NASS settles at last for 5% of the preceding year’s Operation Expenses (OPEX), it will not resolve the ownership agitation.

READ ALSO: Uproar over $7000, $5000 allegedly paid to ‘each’ Senators, Reps for passage  of controversial PIB

“I just cannot comprehend why it is constitutional to surrender 30% of Production Sharing Contract (PSC) of Petroleum Operations (PO) for frontier explorations, but NASS cannot surrender 10% of royalty for Human Capital Development (HCD) instead of 5% of OPEX. It seems like a selective interpretation of the constitution to me.

“It is not the 30% NNPC profit that is earmarked. It is also not a coup against any section of the country, as suggested by some analysts trying to sow seeds of discord.”

Prof. Wunmi Iledare, a professor of Petroleum Engineering, explained that the Federal Ministry of Petroleum Resources needed to be reconfigured to fit into the recommendations of the PIB currently passed by the National Assembly.

He said, “The institution of the Minister is of great concern. I hasten to say that the capacity in the Ministry of Petroleum is limited and not equipped to support the functions of the office of the Minister in PIB 2020.

“The bill seemed to have settled for two regulatory institutions, and some coordination among the instructions should be envisaged. The selection of members of the Board of the authority, the regulatory body by political appointment instead of qualifications, makes it seem like jobs for the “boys.”

Iledare, who is also a former President of the Nigerian Association of Energy Economics (NAEE) said that the government should have used the reform to get out of the direct EP funding through JV or PSC altogether.

“Apart from the conjectural constitutionality of spending federation money before it gets into the federation account, it does not seem to make economic sense.

Iledare commended the effort of the 9th Assembly in succeeding where the 8th failed, noting that the flaws in the bill could have been avoided if the latter had allowed its technical advisory team to continue the journey with them to the end.