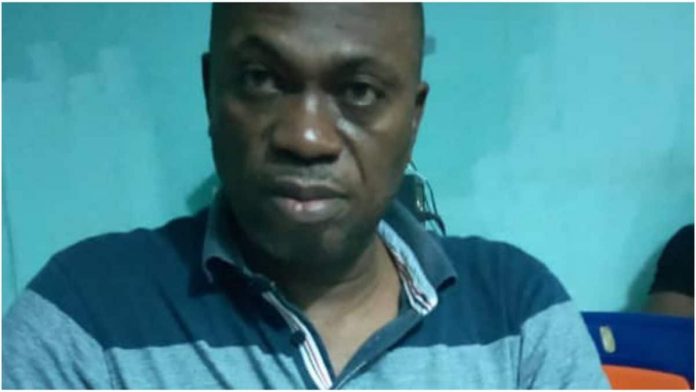 The lawmaker Representing Katsina-Ala Constituency, Benue,  Hon Jonathan Agbiye, has been arrested and whisked to Abuja after  an intelligence-based op by  the IGP team exposed the lawmaker.

Agbidye was apprehended in possession of a stolen Toyota Hilux vehicle believed to belong to the late Justice Tine Tur.

Hon Agbidye won the 2019 Benue State House of Assembly election on the platform of the APC, and his victory was never challenged by his PDP’s rival.

It is reported that Agbidye sponsor, a kidnap kingpin Terwase Akwaza aka Gana had threatened to kill anybody that challenged his candidate’s election.

So the PDP candidate in Katsina-Ala who contested against Agbidye refused to file a petition against INEC’s declaration of the APC candidate as winner of the election.

But a petition to the Inspector-General of Police on the suspected criminal activities of Agbidye including his ties with Gana was later sent by an unknown petitioner.

The IGP then deployed his intelligence team who began to trail the lawmaker till he was caught riding the stolen Hilux vehicle.