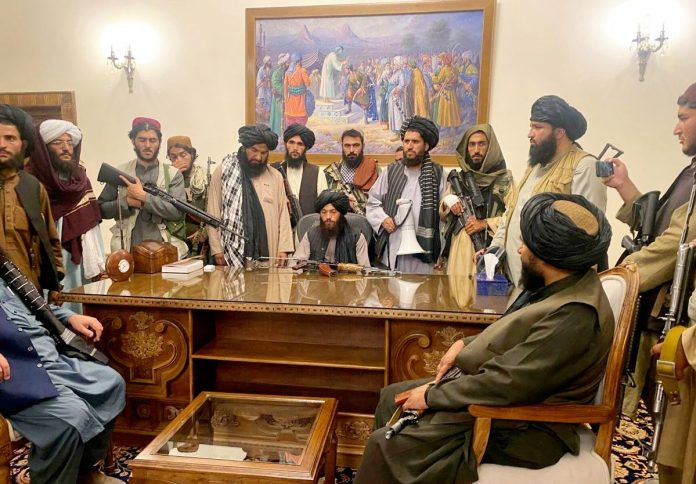 “It is our belief that, one day, Mujahideen will have victory. Islamic law will come to not just Afghanistan, but all over the world.”

Muhammed Afri Mustafa, a Taliban commander, just told CNN as they occupied a former US base filled with arms and ammunition Afghan military abandoned on the flight.

Mustafa boasted the Taliban has always fought U.S. troops and its advanced capabilities.

“Many times we attacked this base when the Americans were here. We did operations, we were using IEDs (Improvised Explosive Devices),” he said.

“The Americans had their helicopters, weapons and tanks on the ground. But we, Mujahideen, resisted very well.

On over-running the world, the commander said the Taliban is not in a hurry.

“We believe it will come one day. Jihad will not end until the last day.”

According to Mawlavey Kamil, Taliban Governor, Andar District, the group is now stronger.

“The Taliban of 2001 were new. This Taliban is experienced, disciplined. Our activities are going well, we are obeying our leaders,” he said.

Following the fall of Kabul on the weekend, the group has begun its government, with all the gender inequlities the western world don’t want to accept.

As far back as July, women working in banks were led home, and warned not to seek banking jobs again.

“Islam has given rights to everyone equally. Women have their own rights. How much rights Islam has given to women, we will give them that much”, Kamil said.