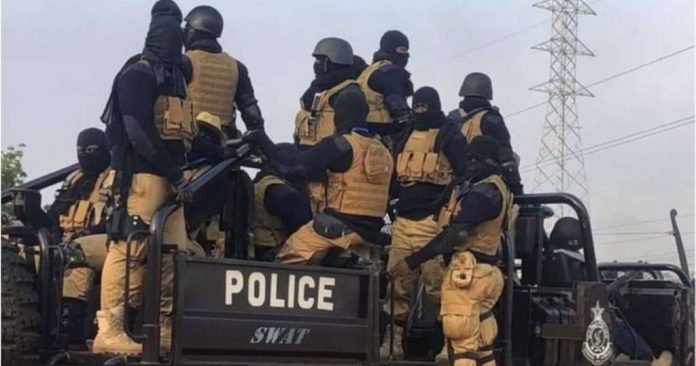 Delta State Police Command has explained how a three-man armed robbery gang robbed an entire household in Oghara, with a toy gun and an iron rod.

The Police said the suspects allegedly broke into a house on Old Benin Road, Oghara, around 2 am on August 8, 2021, and made away with phones valued at N400, 000.

A gang of armed robbers demands equal and commensurate force—armoured personnel carriers, AK-47 rifles, and a tactical squad, and sleuthhounds.

So the DPO mobilized—like for a shoot-’em –up kind of bust-up.

Bright said the detectives, through intelligence-led operation, arrested the boys where they were getting themselves stoned.

Exhibits: a toy gun, an iron rod, and stolen phones, apart from the roaches the police team caught them smoking.

The phones were worth N400,000, according to the police estimate.

“The suspects led the detectives to their hideout where one locally-made gun and two live cartridges were dug out from the ground where it was buried,” the spokesperson added.

And Choice Macaulay, 26, the ringleader, was a second-time offender.