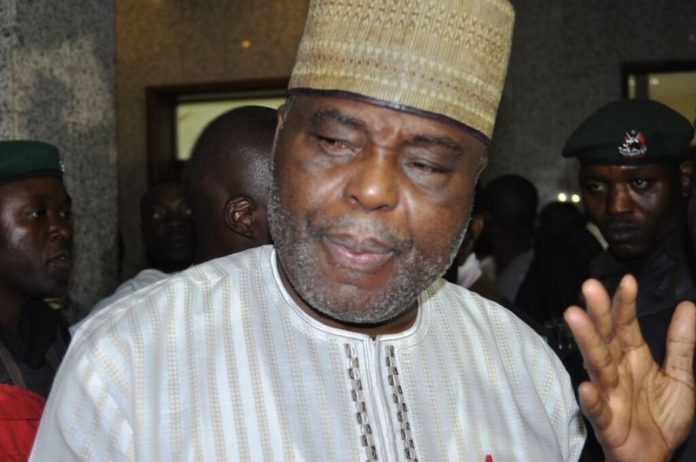 Chairman of DAAR Communication, High Chief Raymond Aleogho Dokpesi, says unless there is a candidate from the North, the Peoples Democratic Party stands no chance of winning the 2023 presidential election.

Dokpesi, a former national chairmanship aspirant of the PDP who disclosed this recently in an interview, said candidates from the South clamoring for the presidency to be zoned to the South are only echoing what prevails in the ruling All Progressives Congress.

“We are all Nigerians and there is no need for us to keep deceiving ourselves at this point in time. At the age of 70 and with my experience in organising campaigns in this country, I can tell you that unless there is a candidate from the North, in my own considered opinion, the PDP will not stand a chance of winning the election.

“In the case of PDP, let us look at it honestly. Former President Olusegun Obasanjo from the South West did eight years; Goodluck Jonathan from the South-South also did six years. That made a total of 14 years. On the other hand, Umaru Yar’Adua from the North did three years, so there is an imbalance of 11 years.

“If in 2019, former Vice-President, Atiku Abubakar had not been rigged out of that election, he would have come back in 2023 to say that he wants to do a second term. And would anybody have stood in his way ? No! So, for the PDP, the presidential candidate must come from the North in 2023.

He argued that while the Southeast region has a genuine reason to demand for the presidency, the region should exercise patience.

“I am a very strong advocate that the Igbos should be given an opportunity to be President of the Federal Republic of Nigeria. This is because all the other parts of the South already produced the President. Even the South- South has not had a full term yet but the truth of the matter is that the South East has not done at all.

“So, they should have the opportunity to have a shot at it. In that light, I believe in justice, fairness and equity, they should get it but the reality on ground is that the South East cannot win the national elections at this point in time.

“So, we must go for it, obtain it and support whoever is likely to understand the challenges of the South as well as the North, who will unite the country first and foremost; a candidate who will make the sacrifices and understand the people of Nigeria as a whole.

“We need a candidate who has all the criteria that needs to be fulfilled to be able to govern effectively. Once we get that person, then the whole of Nigeria should rally round such a person in order to correct this morass we have been driven into,” he added.