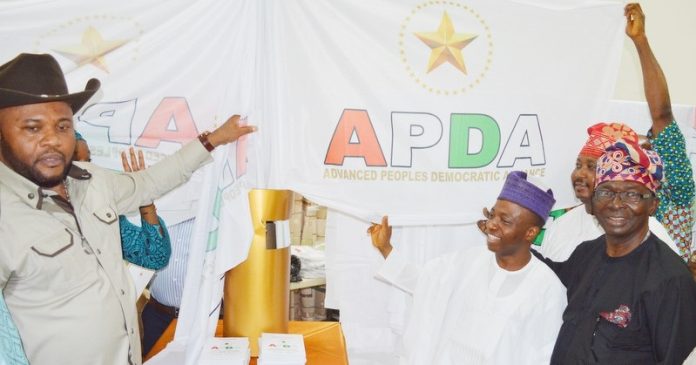 Share this on WhatsApp
Spread the love
The APC Youths Renaissance has observed that the logo of the newly registered political party, the Advanced Peoples Democratic Alliance (APDA) was stolen from Star Lager Beer, one of the popular brands owned by the Nigerian Breweries PLC.
The APC youths wondered why a political party that seeks to take over the reign of government at the centre could not think deeply and come out with a logo not registered by any company in Nigeria.
“Hence, their action is a testament that they have nothing new to offer to Nigerians other than recycling corruption using a new political platform,” they argued.
“Therefore, as a frontline youths wing of the ruling APC, we believe that it is our duty to protect all Nigerians, including their intellectual properties from any form of attack or encroachments.
ALSO SEE: Nnamdi Kanu, Biafra and the false premises
“Similarly, to avoid facing the anger of the World Intellectual Property Organisation and other multilateral institutions like the World Trade Organisation which Nigeria is a member, we are calling on the Independent National Electoral Commission and the security organisations in Nigeria to as a matter of urgency deregister the new party as well as arrest its leaders for breaching the intellectual property laws of Nigeria,” the APC Youths declared.
They threatened: “Failure to act within the stipulated time frame as enshrined in our laws, we will be forced to seek redress in the court on behalf of the Nigerian Breweries PLC.”
High Chief Raymond Dokpesi and Dan Iwuanyanwu, had on Monday declared the emergence of APDA and the leadership of the new political party inaugurated in Abuja.
Share this on WhatsApp