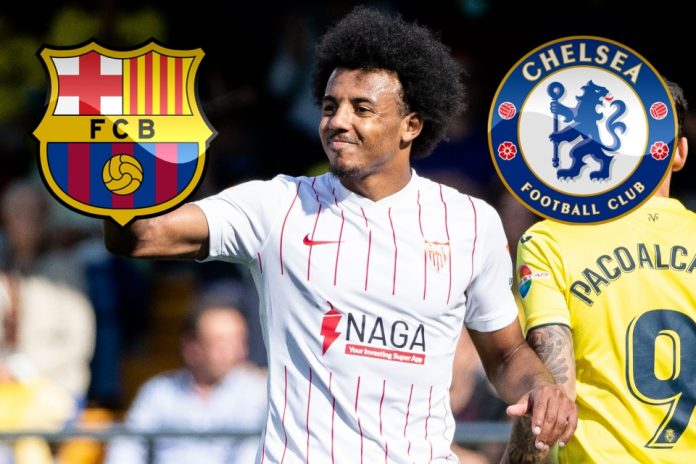 Chelsea fans were left disappointed after their long transfer target Jules Kounde ended up at Camp Nou after chasing the defender for a year and looked to have got hold of him this summer, before Barca hijacked the deal late in the day.

It became more disheartening for the Blues fans after the Frenchman had seemed keen to make the switch to Stamford Bridge, but has now ended up with Barca. And now Kounde has revealed to Chelsea fans his reason for ending up with Catalan giants which for him is largely due to Barcelona’s boss Xavi.

‘The coach, Xavi, is one of the big reasons why I am here, too,’ said the 23-year-old. ‘I spoke with him several times. The way he spoke was captivating.

‘We had some good conversations and we see football in the same way. Now it’s a question of coming into the team, settling in and giving my all to have as many minutes as possible and an important role in the side.’

Barcelona have overcome their financial difficulties sufficiently to pay Sevilla €55m (£46m) for Kounde and sign him up to a five-year contract.

The France international has been yearning for a move to a bigger club than Sevilla and now he is got it he is excited to get started.

‘I am very proud and grateful for this opportunity,’ he said. ‘I am excited because I am joining a great club with a great team.

‘I am looking forward to getting going with the team and giving my best. Sevilla are a great club as well, of course, but Barca represent the next step in my career at every level.

‘I want to compete in all competitions and try to win as much as possible, that is why I am here.’