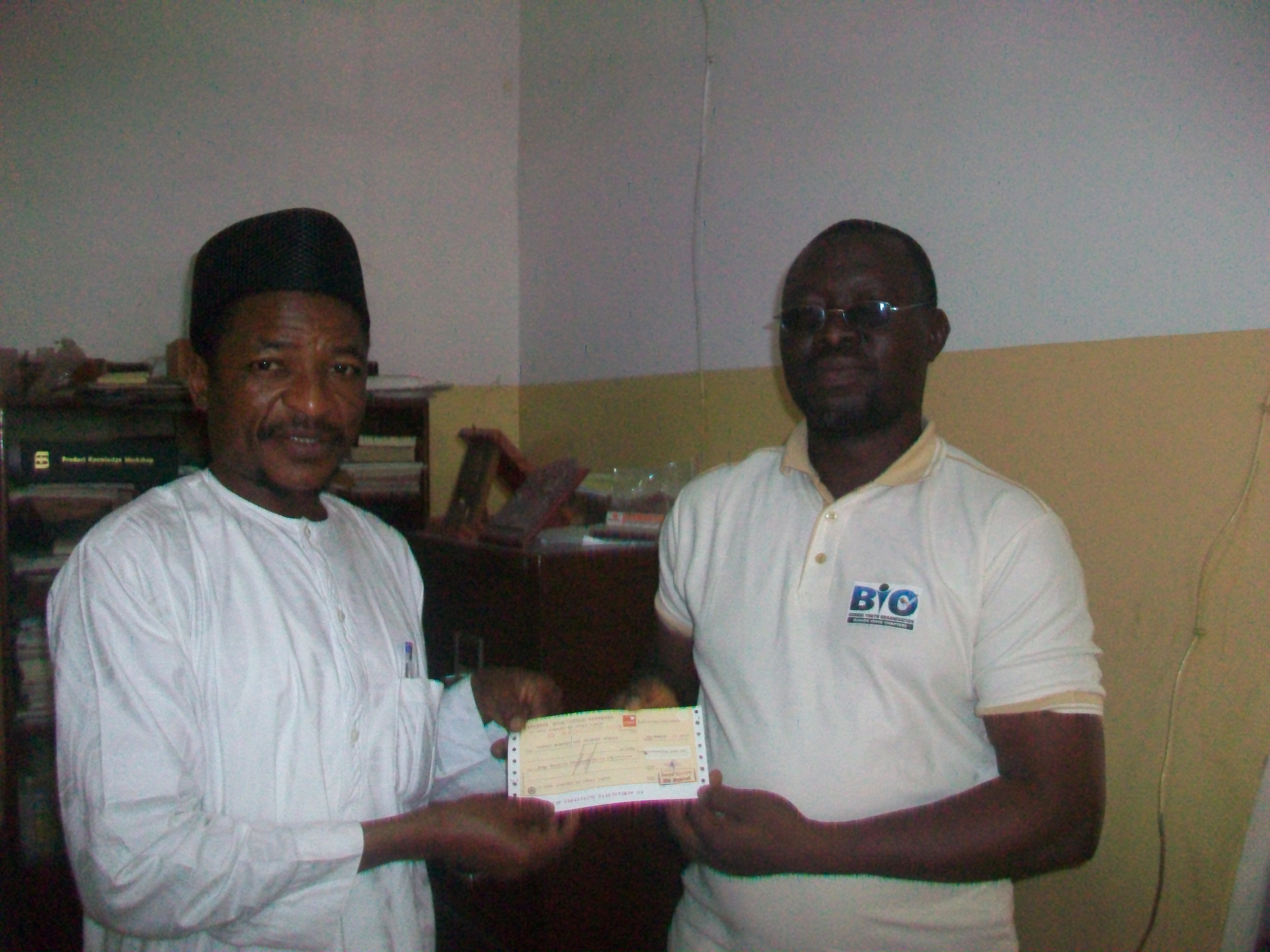 The Lagos State Chapter of the Buhari Youth Organization (BYO) resolved to secure the education of a number of orphans, has doled out N400,000 cheque to Bab-Es-Salam Orphanage Home,to pay the tuition fees of the primary school pupils in their care, stressing that it is a common thing to bring gifts to the home but BYO is particular about the academic development of the wards sheltered by the home.

The group’s state secretary, Comrade Ajani Lukman having given some gifts to lift up the soul of the concerned children, also presented the cheque to the head of the home, Hassan Idris Tahir who noted that the financial assistance received will help sort out the private schools attended by the 34 primary school pupils in the orphanage.

According to Tahir, the amount received is not much compared with the exorbitant fees paid at the private schools where the children attend, the session is starting afresh and the children will need so many things; clothings, study materials and more.

“We are appreciate the token given to us by BYO, it is timely as it will aid the children education”.

The group’s Assistant National Treasurer, Mr. Dave Ukwuoma who accompanied the group to the Orphanage home situated in the heart of GRA Ikeja, noted that the visit is not a one off thing, as the group in support of President Buhari’s administration is resolved to bring smiles to faces of the less privileged.

Ukwuoma noted that, “we want their educational advancement well secured, this happens to be the flag-off, in the next two weeks we plan visiting other orphanage centres, many will come with gifts but we are concerned about their education”.

The group’s chairman(Lagos) comrade Abdulwaheed Odunuga while commenting on the intendment of the body with this gesture, stated that when Nigerians think about the less privileged the nation will be better for it.

“It also amplifiers the fact that we are with the masses, we feel their plights and will always echo their concern for prompt attention, this is just our token of love borne of funds generated within the group”. He stated