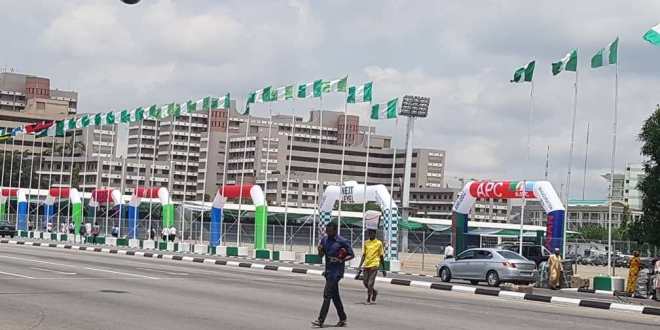 The Eagle Square, Abuja was constructed in 1999 to serve as the platform for the official take-off of the Fourth Republic of the Federation of Nigeria. It will again host dignitaries Wednesday, May 29th. But there are many things you should know about the Eagle Square Abuja.

These facts will be an interest to you:

1. It provides an arena for the symbolic transfer of power and inauguration of the new Government, notably the Swearing-in Ceremony of the Executive President of the Federal Republic.

2. The Eagle Square is used for hosting the National Day parade and the Presidential Swearing-in ceremony, as well as, in staging a number of political rallies/programmes, religious crusades/rallies, musical concerts/shows, launchings and award ceremonies.

3. The Eagle Square is conveniently set within the precincts of the major landmarks of the FCT; it is flanked on both sides by the Federal Secretariat, while it faces the national Cenotaph, the National Assembly, and the Supreme Court.

4. It has fabulous view of the Aso Rock Hills that serve as a backdrop to the Presidential Villa while to its rear is a car parking lot capable of holding at least 500 vehicles.

Share this on WhatsApp
Related Topics:Eagle square
Up Next

We intend to make history in Lagos –Sanwo-Olu