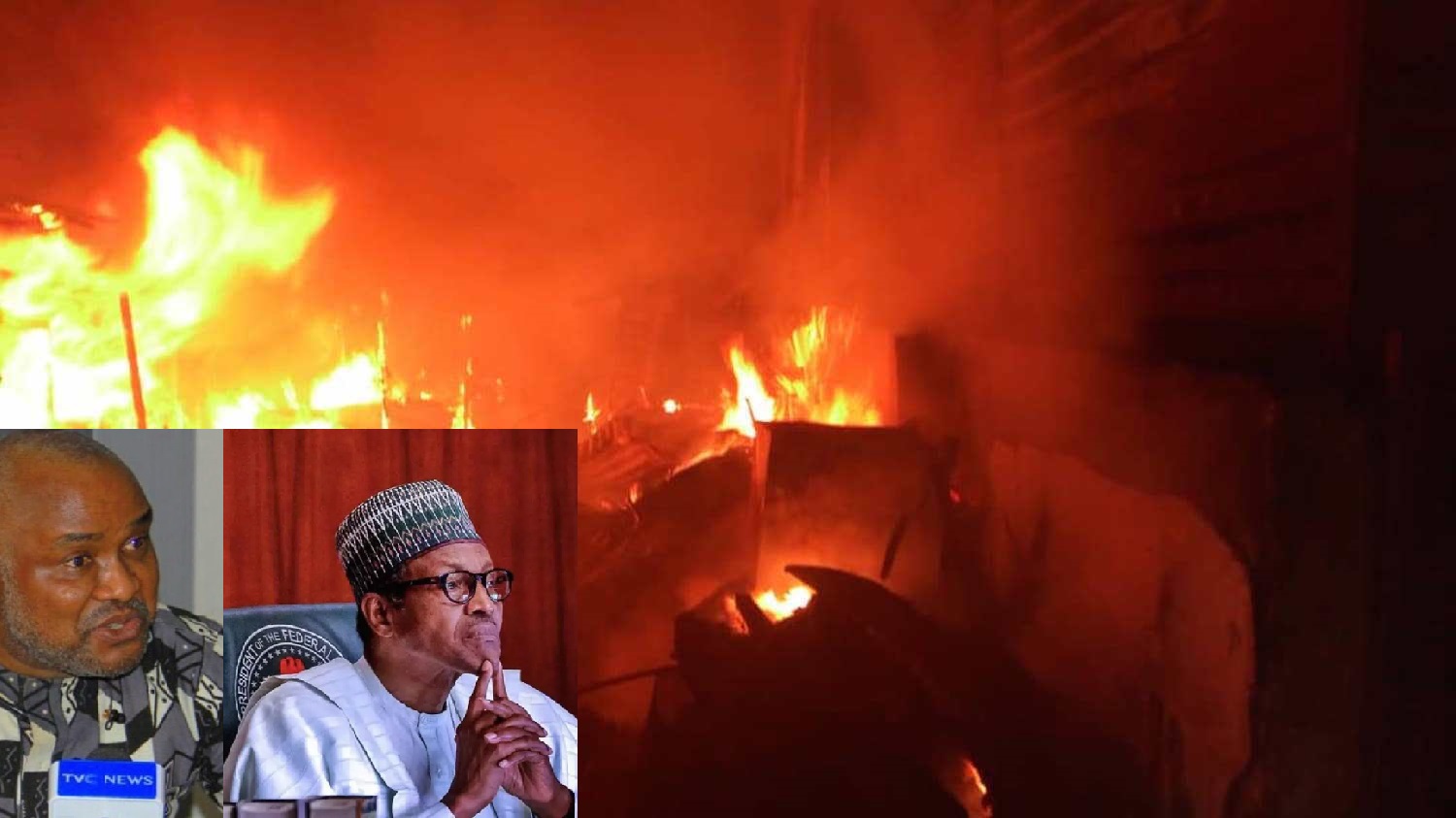 Human Rights Association of Nigeria, HURIWA, has asked President Muhammadu Buhari and the Imo State Governor, Hope Uzodinma, to stop chasing shadows and speaking from both sides of their mouths over the recent inferno that engulfed an illegal refinery site, leading to the death of over 100 persons engaged in crude oil bunkering.

At least 100 persons were feared dead as fire razed an illegal crude oil refining site at Abaezi forest, in Ohaji-Egbema council area of Imo State in the early hours of Sunday while about 150 others sustained serious degrees of burns.

Uzodimma, represented by the state Commissioner for Petroleum Resources, Goodluck Opiah, had during a visit to the scene of the ugly event, expressed shock over the incident and condemned the illegal activity leading to the deaths.

HURIWA, which condemned the activities of crude oil bunkering by some hoodlums, however, said the Federal Government and the Imo State Government are guilty of permitting the gory incident by failing in their statutory duties of providing security to the lives and property of the citizens.

The human rights group said on the part of the Federal Government, it specifically failed ab initio to build at least one functional refinery in Imo State which is one of the most prolific crude oil-producing states but the government at the centre chose to site it in faraway Kaduna whereby there is no trace of a single drop of crude oil deposits.

“Why is the Federal Government headed by President Muhammadu Buhari making needless noise after the ugly fire incident in Imo State has already killed over 100 persons allegedly involved in illegal crude oil bunkering?

“Why has President Muhammadu Buhari not considered building one REFINERY in Imo State but opted to rather invest billions of taxpayers’ money in Niger Republic?

“This same President who is wasting over $2 billion USD borrowed by Nigeria to build railways in Niger Republic that is not under Nigeria’s jurisdiction is crying out his heart hypocritically after 100 Imo State citizens who went to refine crude oil illegally perished?

“Why did the Federal Government not erect one refinery in Imo State and why did the armed Security services under the command and control of President Muhammadu Buhari unable to detect these illegal bunkering activities or were the soldiers’ part of the illegality?

“So instead of making unnecessary noise in the media, the President and the governor of Imo State should constitute a judicial commission of inquiry to find out why these illegal REFINERY sites were allowed to operate even with all the massive deployment of soldiers to Imo State and South East of Nigeria?”

HURIWA also carpeted the Federal Government’s controlled Nigeria National Petroleum Company for failing to detect the activities of the illegal crude oil thieves in the Imo site that was recently engulfed in fire with over 100 thieves being burnt to ashes even when since 2021 the NNPC set up a national investigative committee to track illegal refineries in the oil-producing areas of Southern Nigeria?