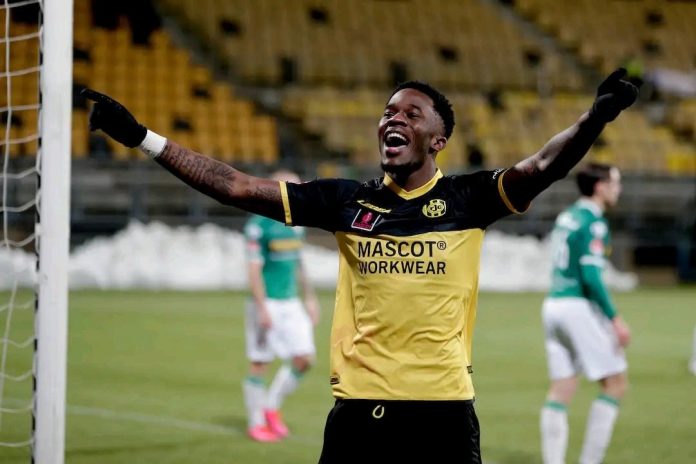 Ike Ugbo who currently plays for Belgian side Genk as a forward has made it clear that he wants to play for the Super Eagles of Nigeria and not the Three-Lions of England.

The 22-year-old who started his professional career at Premier League side Chelsea sees himself not getting the chance to play for England national team and will not want to wast his time.

Over the years, Nigeria and England have engaged in battle on the allegiances of some players, and recently, the European nation triumphed as they got the trio of Fikayo Tomori, Tammy Abraham and Bukayo Saka.

The Nigerian Football Federation tried their best to make these players play for the Super Eagles, but they turned their backs to Nigeria and picked England.

However, there are some players as well who chose Nigeria over England as the likes of Ola Aina and Alex Iwobi have been good representatives of the Super Eagles.

According to the information on Naija Footballers, Ike Ugbo explained that he will be glad to be part of the Super Eagles team for their next World Cup qualifiers and even going for the competition in Qatar.

“I choose Nigeria and we are currently preparing the papers. The upcoming World Cup will play its part in this. I think I have more chances with Nigeria than with England.

“I also grew up with images of the national team and always followed their strikers, especially the boys who came to England.”