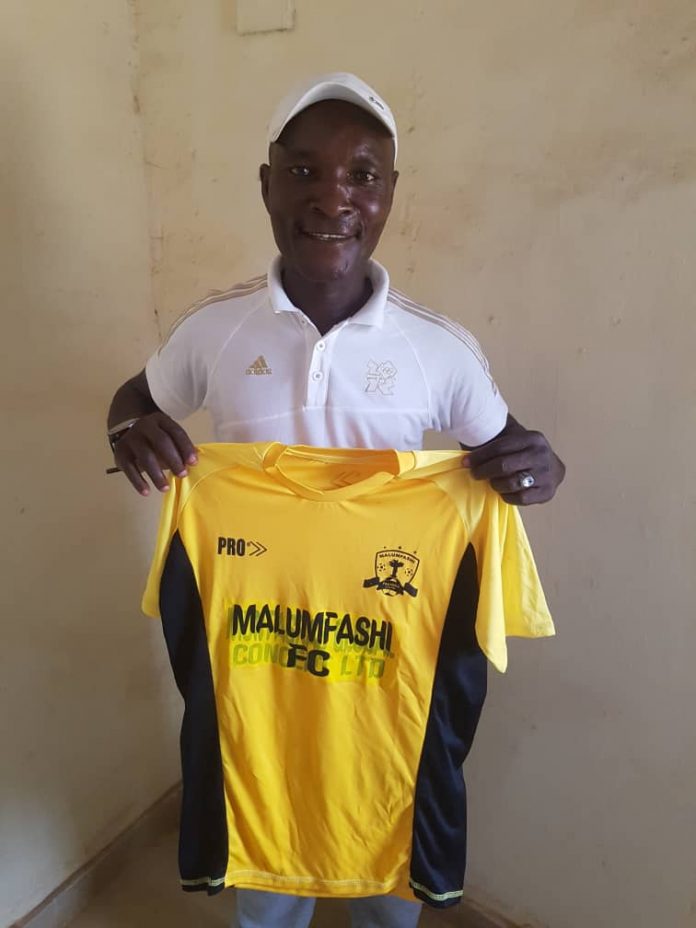 The former Kada City head coach was unveiled on Saturday at the club’s office in Malumfashi by club’s chairman, Alhaji Sirajo Umar Baba, alongside other management staff.

Coach Shola Ibrahim Adewuyi expressed satisfaction with the club’s structure and thanked the club’s chairman for counting him worthy for the job and promised to hit the ground running in order to make history with the club.

“It feels so good to be here where you’re well appreciated. The reception from the management, players and fans are overwhelming.

“Malumfashi FC is an ambitious club and it’s the reason i accepted their offer despite receiving offers from other clubs.

“I want to sincerely thank the club’s chairman, Alhaji Sirajo Umar Baba, for giving me the opportunity to serve this great club and together, we can make history with the club.

“I have not been given any set target by the management, but as an ambitious coach, it’s only natural to hit the ground up and running by first, replacing those players who have left for various NPFL sides and further strengthen the team with other top quality talents.

“The NNL has proposed November 2nd as kickoff date which leaves us with less than a month to build a very strong and formidable team ready to contend. As someone who knows the terrain, the work begins immediately with hard work on the training ground and some friendly matches to sharpen the team and we will be ready for the enormous task ahead,” the former Niger Tornadoes chief coach concluded.