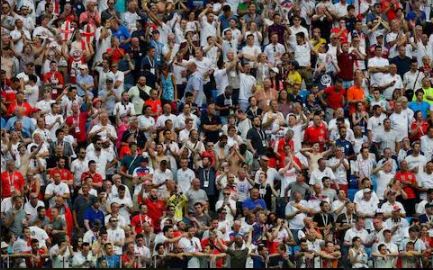 This is only first day in December, but efforts are already underway on behind the scenes ahead of the January transfer window.

National Daily gathered that European elite clubs are already gearing up for the occasion of the January transfer window.

Manchester United have been strongly linked with a move for Red Bull Salzburg star Erling Braut Haaland after cooling their interest in Mario Mandzukic.

Paul Pogba could be heading for the exit door, with the midfielder forced to deny claims he has been faking injury to force his his way out. His possible departure from United could see him head to join Zinadine Zidane at Real Madrid

Jurgen Klopp and Liverpool could be flying high at the top of the table but they have been linked with former Man United winger Memphis Depay.

Arsenal’s transfer plans could be put on hold following Unai Emery’s sacking, but Granit Xhaka could still be sold following his clash with fans.

Manchester United and Arsenal are among 11 clubs who have sent officials to Red Bull Salzburg to watch Erling Braut Haaland.

Striker Haaland, 19, has become one of the most sought after young talents in Europe after his heroics in the Champions League this season.

United have made the Norwegian their top target for January to boost their attacking troops – with Ole Gunnar Solskjaer previously working with him at Molde.

And to keep an extra eye on Haaland, the Red Devils and the Gunners have sent scouts to watch him in action.

Manchester United have reportedly made contact over a possible January transfer for Barcelona midfielder Arturo Vidal.

Vidal is believed to be frustrated with his limited playing time at Barcelona, and said earlier this season he would reassess his situation in December.

The Chilean midfielder has made nine appearances in La Liga this season, but started only three of those games.

And United have contacted Vidal’s agent Fernando Felicevich, according to a report from EclnterNews.

Liverpool to rival Tottenham for Depay

But they could also face competition from Man United for the 25-year-old forward, as the Red Devils inserted a buyback clause into the deal to sell Depay to Lyon back in January 2017.

The Dutch has enjoyed a new lease of life at Lyon, and has scored seven goals in 10 Ligue 1 appearances so far this season, as well as four in the Champions League, while he is also now an integral part of Ronald Koeman’s impressive Holland side.