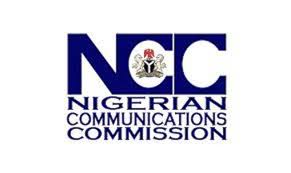 The withdrawal, took place in the first quarter of this year as part of regulatory efforts to put the country’s National Numbering Plan in order.

The numbers withdrawn, which are both fixed and mobile, were those of Starcomms, Zoom Mobile (formerly Reltel), Multi-links, MTS First Wireless, Mobitel Limited, Rainbownet Limited, Odu’a Telecoms Limited, M-Tel and NITEL. However, Visafone, which has since been acquired by leading GSM operator, MTN, still has its numbers active in the National Numbering Plan for the first quarter.

As at February this year, the duo of Multi-links and Visafone, even though inactive, still had 217,566 lines connected.

While the GSM operators now control 99.7 per cent of the market share, the CDMA operators, though virtually non-existent in terms of infrastructure and physical presence, still have 0.15 per cent market share.

Visafone, the last standing CDMA operator, with over two million subscribers in 24 states, was acquired by MTN in 2016.

The deal, which was sanctioned by NCC, allows MTN to utilise Visafone’s 800MHz spectrum to launch fourth generation Long Term Evolution (4GLTE) services. That acquisition, however, marked the end of Visafone’s voice services as MTN was not interested in sustaining the CDMA operation but using its spectrum to enhance its data services.

According to NCC’s regulation, the Commission has the power to withdraw numbers allocated to service providers if the numbers are being “used for a service that does not satisfy the applicable usage conditions; no number in the block has been brought into service within twelve (12) months of the grant of the application for the assignment; or the block is needed for advancing a clearly identified national interest.”

Before the licensing of GSM operators in 2001, the CDMA operators had been the saving grace for Nigerians who had been at the mercy of the Nigerian Telecommunication (NITEL). It was the days the likes of Multi-links and Intercellular were holding the ace. Post-GSM licensing, the CDMA segment also enjoyed a booming market between 2005 and 2006 when Starcomms and Visafone entered into the telecoms market in a big way, with roll-out plans across several cities in Nigeria.

This, however, only lasted for a while, as the boom reached its peak in 2007, and a downward trend set in. Since then, many CDMA operators began experiencing hard times in maintaining their subscriber base, not to mention expanding the existing number.