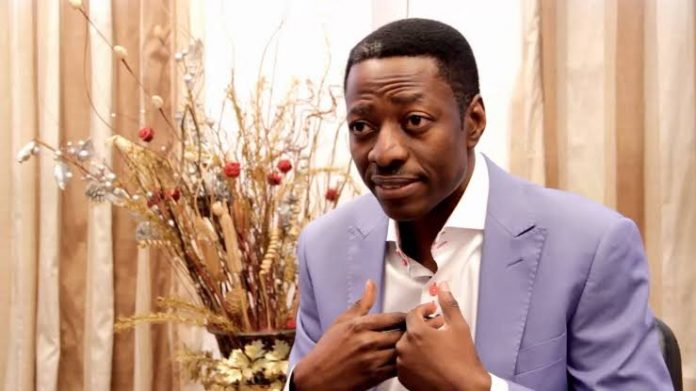 Omoyele Sowore, activist, founder of the anti-corruption news service “Sahara Reporters” and former presidential candidate may be getting the nod of many more elites.

Sowore launched his Revolution Now movement to address the irresponsible leadership that has continued from the PDP to the APC. While the activist dreams of a better nation he is also demanding that the power is taken back by the citizens.

Although he was arrested by the DSS and eventually restricted to Federal Capital Territory, Abuja. The Revolution Now campaign is ongoing and it appears more people are joining the fight against corruption, bad leadership and irresponsible management of the nation’s resources.

Sam Adeyemi, a doctoral student in Strategic Leadership and Senior Pastor of Daystar Christian Centre in a series of tweets, also recently speaks about the ills of the nation as it concers leadership and governance.

A Nigerian immigrant took his dad to the US on a first visit. After taking him on sight seeing for 3 days, the son said; “Daddy, you’ve not said anything. You’ve just been sighing”. The old man replied; “Our people are suffering at home but they don’t really know how bad it is”.

When we are raised in an environment where low quality living is the norm, (which happens in both rich and poor countries), we develop unconscious bias for mediocrity. Our normal is terribly abnormal but we don’t know.

Our expectations are so low leaders get away with anything. Even a good leader can’t achieve anything meaningful with such people, especially in a democracy. This is why the vision of a beautiful future is a critical need in leadership.

A leader needs to communicate and educate people to shift their beliefs and values till they have a new normal. Then policies need to be created and resources provided to empower people to radically improve their quality of life.

When people realize that they also deserve what they assumed was normal only for a special class of people, they experience a “holy rebellion”. Their self-image changes. They treat themselves better and expect to be treated better.

Where do we start? You and I need to value excellence. Our capacity to compete is grossly depleted without it. We need to get rid of low self-esteem and the belief that a terribly low quality of life is our destiny.

Start in your imagination and create a new you that will be your reality 5 years from now. Don’t worry. How to achieve it will come to you soon. Excellence is a journey, not a destination.

Mediocrity is costly, for individuals, organizations and nations. Excellence doesn’t cost, like many think. Rather, it pays. We should not pursue excellence for greedy reasons. We need to love others enough to serve them with the best quality.