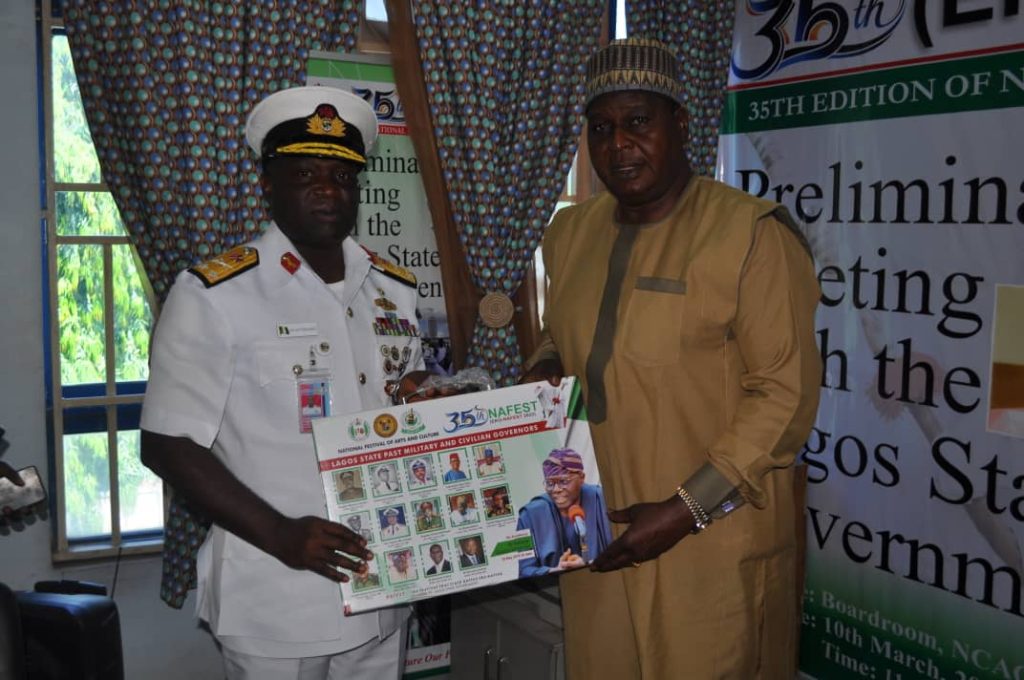 Runsewe gave the commendation when he received a delegation from the Department of Military-Civil Relations of the Defence Headquarters in Abuja, who was in his office on a courtesy visit.

The D-G expressed delight in the high level of mutual understanding and friendship exhibited by the military outside the barracks.

According to him, the cordiality has provided good springboard for exchange of meaningful ideas which promotes socio-economic development of the nation.

Runsewe commended the military personnel on the quality of their exhibitions and the high standard of their parades at the just concluded National Festival for Arts and Culture (NAFEST) held in Lagos state.

Responding, the leader of the delegation, Rear Admiral Adeseye Ayobanjo, the Chief of Defence of the Civil Military Relations, commended NCAC for upholding its mandate in the successful hosting 2022 NAFEST.

He expressed the military’s readiness to partner with the council on areas that would cement the cordial relationship between the military and NCAC.

He said it was good to know that Runsewe was also the President of the Nigeria Golf Federation, saying in the nearest future, his office would interact with the council on how they could come into partnership in hosting golf tournaments.