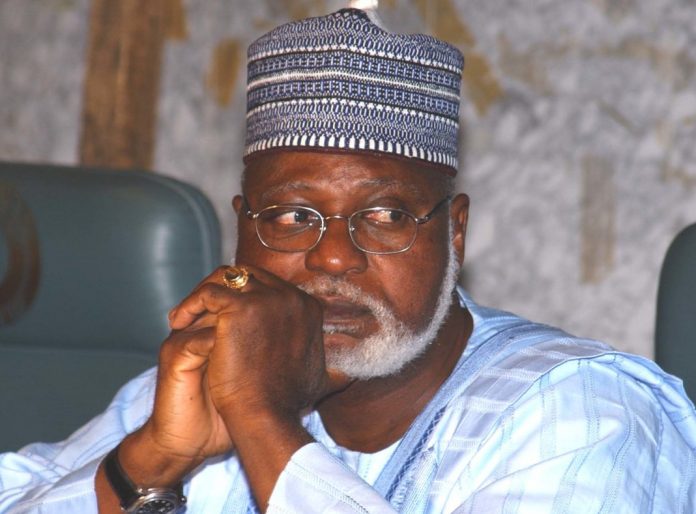 Leaders of the Afenifere in the south west, PANDEF in the south-south, Ohaneze in the south east and others in the Middle Belt, have written the former Head of State, Gen. Abdusalami Abubakar, notifying him of their resolution to boycott a security roundtable meeting scheduled to hold in Minna, Niger State from 29th – 30th July, 2019, citing the participation of Miyetti Allah leaders as reason for the boycott.

They had noted that Miyetti Allah is not a cultural group but a trade association like others who are farmers, fishermen, spare parts dealers, etc. excluded from the meeting by the Convener.

The Southern and Middle Belt leaders acknowledged the participation of the Arewa Consultative Forum (ACF) and Northern Elders Forum (NEF), which they said are true representatives of cultural groups.

The Southern and Middle Belt leaders in a letter signed by

Re: Roundtable on National Issues and Security

Greetings to you from the leaders of Southern and Middle Leaders Forum.

We thank you for your interest in the affairs of our country which made us to accept your invitation in good faith.

It was in the thick of our preparations for the journey that fuller details of the roundtable came to our attention, some aspect of which has necessitated this last minute communication with you.

We observed that the roundtable will have in attendance all the National Security Heads, Chief of Defense Staff and notable Nigerians; underscoring the high level of the dialogue.

We, however, noticed further that in your category of Socio-cultural organisations invited, you listed the following:

We were comfortable up to that point until we saw the following:

While we do not know the members of the first group, the lumping of Miyetti Allah, a trade association for cattle herders and whose members have been accused of various violations of rights, including life, across the country sends worrying signal to us.

It falls into the categorisation of our respected socio-cultural platforms with Miyetti Allah by Presidential Spokesman, Garba Shehu.

We consider the above a grave insult on our bodies and our coming to a roundtable with the group would mean acquiescence to the narrative that put us in the same bracket with those wielding illegal AK-47 all over the country and inflicting terror on fellow citizens.

Even if the above were not the case with Miyetti Allah, it would have been inappropriate to put nationality organisations in the same vehicle with this trade group as there are organisations for fishermen, farmers, poultry owners and spare parts dealers across the country like such who are not invited

Towards this end, we decline participation in the roundtable as scheduled without prejudice to your peace-building activities.

We also regret any inconvenience our decision may have caused you as we know the efforts that go into planning an event like this.

Rest assured of our cooperation in all efforts and dialogues to make Nigeria peaceful, secure and forward moving provided they are organised in a way that does not subtract from our dignity and value.

Once again, we appreciate all your efforts.