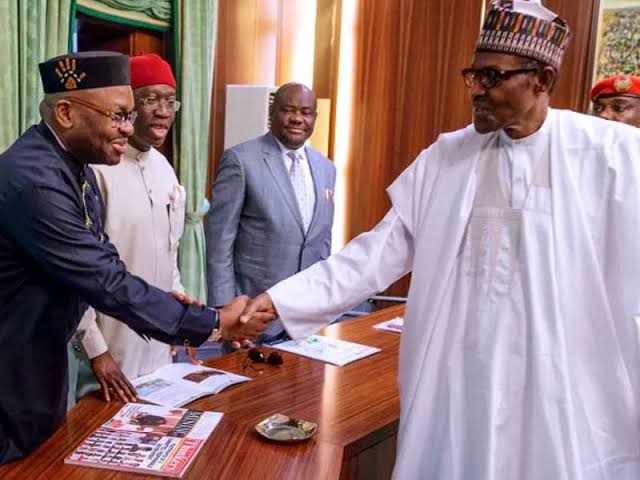 On 17th November, a meeting was scheduled in Port-Harcourt between political, social and cultural leaders of the beleaguered South-south region and the presidency was botched at the last minute because the delegation had to attend an ‘emergency security meeting’, in Abuja. Television footage showed elegantly dressed elderly traditional rulers and state governors of the region seated in a hall, waiting for the delegation that never came. A video of a militant leader at the event berating the absent federal government’s lackadaisical attitude to the region went viral shortly after.

Naturally, all stakeholders were disappointed and angry. For us, the snub fitted into the existing narrative of utter disregard which the federal government has for the region, which by providence is the goose that lays the golden egg for the entire nation. The people of the region are angry over a lot of issues, and in recent times the Zamfara gold matter has been added salt to injury. After the fiasco, the South-south Governors Forum chaired by Senator Ifeanyi Okowa demanded an unreserved apology from the presidency for the ‘shabby treatment of the South-south leaders.’ PANDEF rejected government’s explanation and called for an apology to the zone.

The next day, the federal government issued an explanation through presidential spokesman Garba Shehu saying that ‘the presidential team, to be led by Professor Gambari, was already prepared to leave for Port Harcourt when they were instructed to suspend their departure and attend the Security Council meeting’. Without mincing words, the federal government’s decision to abort the meeting was insensitive, insulting, and provocative. Here was a meeting that was fixed at the instance of the central government ostensibly to feel the pulse of the region. For those who come from that region, we know and feel how badly things are at home. Oil, that cursed commodity which ought to be a blessing for the people of the region, is killing the dreams of millions largely because of the approach of the government.

The meeting was finally held on Tuesday 24th November. The governors from the zone boldly spoke the minds of people of the region when they made the following demands. The immediate relocation of headquarters of oil multinationals to their operational fields, that is, the South-south, restructuring, true federalism, and the devolution of powers to the federating units, establishment of state police, completion of the East-West road and all federal roads in the region, rehabilitation of the region’s major seaports in Port Harcourt, Calabar and Warri. This was as bold as they could go, especially in an environment where the federal government is hostile to individuals and state officials who canvass a contrary position to that held by Abuja. But the mood in the country requires telling ourselves the harsh truths.

The demands of the governors of the regions are not new. Chief James Ibori was very bold about these in his days as governor. Indeed, ‘resource control’ became synonymous with that era. Yet, there is an urgency to the matter currently. The EndSARS protests and the vociferous expressions of our youths indicate that there is fire on the mountain. It is no longer business as usual. We are almost certain that these issues will erupt again, and no one can predict how things will go. This is therefore a call on the federal government to heed the call of the governors.

The incumbent administration has made how power at the centre can be abused very glaring. Previous governments had pretended that the so-called ‘national cake’ is to be shared among the ethnic groups in the country. In the last five years, we have been slapped with the spirit of the ‘north controls it all’ even though it was supposed to be a government that was made possible by politicians from different parts of the country. Thus, for the regional governments or constituent parts of the federation to control their own affairs without the overbearing presence of an inept and insensitive government, there must be devolution of power.

The federal authorities need to be told that one of the obligations of power is the need to take decisions in the overall interest of the polity. Any government which promotes a parochial, selfish, and clannish agenda threatens the unity of the country. The country has enough human and natural resources to make it great. The youths recognise this. The world also knows this. But we have been paralysed by the ineptitude of an analogue federal government.

The South-south governors spoke the minds of the people of he region when they called for a ‘relocation of several NNPC subsidiaries from Lagos and Abuja to the region’, and the completion of the abandoned ‘Gas Revolution Industrial Park at Ogidigben and the stepping down of electricity at the Okpai and Utorogu gas plants’. Our notion of a federation is distorted and twisted. This is why a Central Bank condescends into freezing accounts of persons who the government thinks took part in the EndSARS protest. This is why a federal government has time and energy to dabble into establishing and running secondary schools. Idleness fuelled by fixation over the old ways of doing things is a great disease. The national grid is an anachronism. It must give way to cells of power generation and distribution controlled and determined by the regions. Securing the country internally should not be in the hands of a distant Inspector General of Police. Policing is local. The EndSARS reaction provides us with an opportunity to create community police to deal with local issues. The answer is there on the streets for us to see.

President Buhari’s ministers have been largely silent on the sensitive issues of the day. Of course, some of the government’s position on the issues of the day are indefensible. Handlin the aftermath of EndSARS is an example. But when the government officials who accompanied Professor Ibrahim Gambari to Port Harcourt knew and know that they will ultimately return home to face the wrath of the people. Minister of State for Labour and Employment Festus Keyamo (SAN) made the point clearly about any indigene of the Niger Delta that is against resource control. To quote him in full, Keyamo asserted that ‘it’s not because we are here today, we will come back home tomorrow and any Niger Delta son that does not support resource control and fiscal federalism is a bastard of the region’. For a serving minister, perceived to be loyal to the President, this is bold and telling. Let us give up the pretensions.

The bells are ringing. It is time to make hay because the sun is yet shinning on the country, held only by a tiny thread that could snap at the slightest provocation. To borrow from the title of the iconic James Baldwin’s repertory, ‘The Fire Next Time’ may be too hot even for those who are outside the kitchen! The President should heed the call of Nigerians on power devolution. Our system is NOT working. 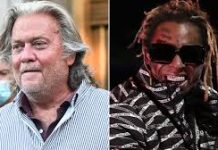