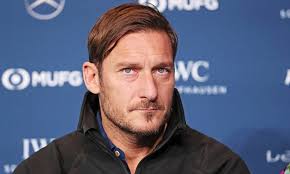 Francesco Totti reveals he tried to convince the likes of Ronaldo and Zlatan Ibrahimovic to join him at Roma but “unfortunately we had a limit”.

Er Pupone spent his entire career with the Giallorossi, but won the Scudetto only once, in 2001.

I have  always said you need champions to win,” Totti said in the latest excerpt from tomorrow’s big interview with La Repubblica.

“I hoped Ronaldo, Ibrahimovic, the best players in the world would come. Not just up-front, but also defenders and midfielders.

“Unfortunately we had a limit, we didn’t have the financial muscle to spend on these champions. Really, I tried to bring unthinkable people to Roma.”