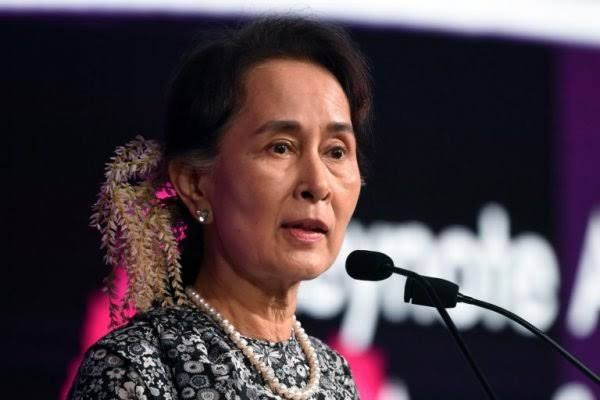 Britain said the jailing of Myanmar’s deposed leader Aung San Suu Kyi for four years on charges of incitement and breaching coronavirus restrictions was another “appalling attempt” by the regime to stifle opposition.

“The sentencing of Aung San Suu Kyi is another appalling attempt by Myanmar’s military regime to stifle opposition and suppress freedom and democracy,” British Foreign Secretary Liz Truss said in a statement.

“The United Kingdom calls on the regime to release political prisoners, engage in dialogue, and allow a return to democracy.

President Win Myint was also sentenced to four years in prison, said a source following proceedings who spoke on condition of anonymity, as the court delivered its first verdicts in numerous cases against Suu Kyi and other civilian leaders ousted by the military in a coup on Feb. 1.

Myanmar has been in turmoil since the coup against Suu Kyi’s democratically elected government led to widespread protests and raised international concern about the end of tentative political reforms following decades of military rule.

Nobel Peace Prize winner Suu Kyi, 76, has been detained since the coup, along with most senior leaders of her National League for Democracy (NLD) party.

Others are abroad or in hiding.

“The conviction of the State Counsellor following a sham trial in secretive proceedings before a military-controlled court is nothing but politically motivated,” UN human rights chief Michelle Bachelet said in comments echoed by the European Union and others.