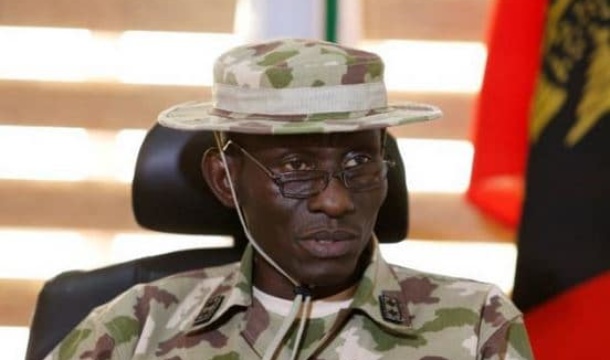 The Chief of Defence Staff (CDS), Gen. Lucky Irabor, has said the Armed Forces of Nigeria has a duty to create the avenue for peace to triumph.

Irabor said the Armed Forces would accelerate its activities towards sustaining peace and stability in Plateau State.

The CDS stated this in Jos on Wednesday during a walking visit to access the level of damage caused by the resent unrests in Jos and Irigwe Community of Bassa LGA.

“Security agencies need the support and encouragement of the people to achieve their mandate on the Plateau.

“The Defence Headquarters has activated the early warning and early response mechanism to prevent possible attack on innocent communities.

“Security has been beefed up in volatile communities and we urge the people to have confidence in the security agencies”, he said.

Responding, Governor Simon Lalong lauded the CDS for ensuring that adequate military machinery was deployed to ensure peace is maintained in the State, adding that criminals must be identified and brought to justice by all means.

Lalong said his administration is ready to support the Armed Forces in its commitment to stem emerging security threat in the State.