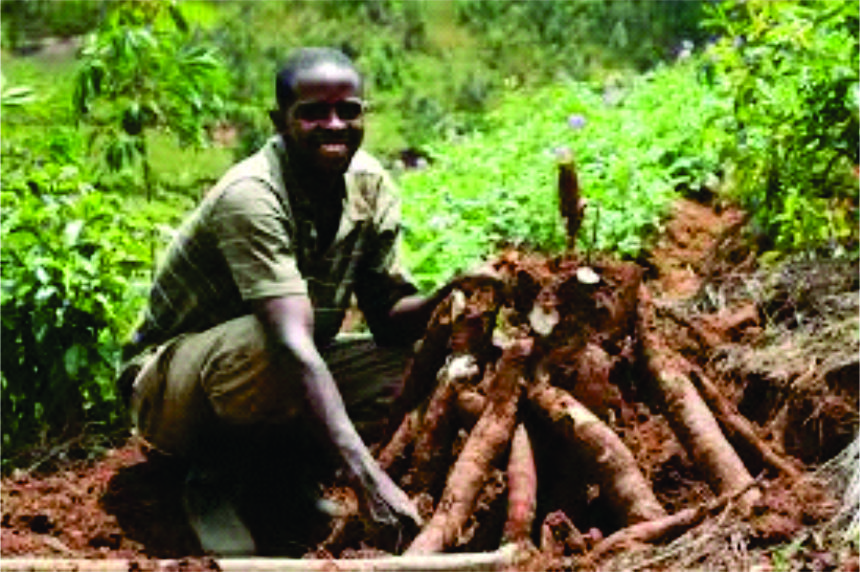 Dr Adetunji Oredipe, Senior Agricultural Economist with the World Bank on Tuesday disclosed that the bank would establish equipment hiring enterprise centres for cassava farmers in Kogi to encourage mechanisation in Lokoja during the Task Team monitoring visit to FADAMA III Additional Financing project sites in the state.

Oredipe said the Fadama Additional Financing project had the mandate of working with cassava farmers in the state to boost production and supply of raw materials to processing plants with particular emphasis on cassava industries. He said that as part of key activities of the Additional Financing, the World Bank aimed to make mechanisation easier for farmers by enhancing their accessibility to equipment through the centres.

He added that “we also have provision for key infrastructure that will enable our cassava farmers to be able to produce enough food, just as we are going to support high quality inputs. `We are also going to support capacity building because if people are in business and don’t know the tenets of business like simple issues of record keeping, it will be disastrous.

All of these will be covered and we will also teach them how to remain together as a group and the advantages of social networking.’’ Oredipe added.

Oredipe also revealed that the body intended to engage scientists as advisory services consultants to work on the fields with the farmers to boost their yields and enable the attainment of the goals of the project within its lifespan.

He, however, commended Kogi Government for being one of the first to pay its counterpart contribution for the project in 2014 and urged the state to pay its 2015 obligation arrears, adding that the payment  would enable the state to fully draw down on the 20 million U.S. Dollars set aside for it.

The agricultural economist said the monitoring visit would among others; enable the team to assess the level of implementation of the agriculture work plan and status of activities on the fields.

In the same vein, the Kogi Government on Tuesday said that the Fadama III Additional Financing (AF) intervention programme has positively impacted on the life of people in the state. The Deputy Governor, Mr Yomi Awoniyi, made the remarks when the Fadama team pays a courtesy visit to the governor’s office in Lokoja.

Awoniyi, who received the team on behalf of Gov. Idris Wada, said that the state government had done a three-day assessment on the implementation progress of the Fadama 111 AF, adding that the intervention has created positive impact on the current efforts to achieve desired objectives, for which the programme is being implemented in the state.

Awoniyi reiterated  that the additional funding  will also boost the state efforts to ensure food security and eradicate poverty through agricultural production, as the state government promises to provide subsidised inputs and credit supports amounting to N750 million.

This, he said, was in collaboration with the Fadama farmers and the state branch of the Bank of Agriculture, explaining that the state government committed N56.36 million as counterpart fund for the effective take-off of Fadama 111AF in 2014.

Appreciating the Donor Agencies like the World Bank, African Development Bank (AfDB) and others for supporting the state, the deputy governor urged the teams to use the mission to address the issue of inadequate `brown field’ to form contiguous farm clusters.

The Deputy Governor said that the provision of one hectare per farmer ‘Brown field’ for cassava farmers is difficult to achieve without assistance on land clearing, adding that the high cost of land clearing, as a result of the thick vegetation, does not make the matter any easier.